head honchos in that proposed deal put their money where their mouths are:

State Treasurer Dale R. Folwell, CPA, announced today that he is asking representatives of UNC Healthcare to provide the State Health Plan (Plan) with a $1 billion performance bond guaranteeing that any merger with the organization and Carolinas HealthCare System would not increase medical costs for the Plan and North Carolina taxpayers.
[…]
During a recent UNC Board of Governors meeting, Treasurer Folwell was asked his opinion about the proposed agreement. The treasurer indicated that he did not have enough information about the proposal to form an opinion.
“I’ve spent my whole professional and personal life trying to do business with people where what they say is as important as what they sign their name to,” said Treasurer Folwell. “With a lack of details on this merger and little evidence that mergers like this have generated savings for the public, I feel I have a fiduciary responsibility to pursue this guarantee that will protect North Carolina taxpayers.” 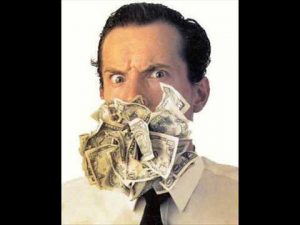 During a recent meeting with Dr. Roper and others, Treasurer Folwell asked if UNC Healthcare objected to pursuing a performance bond which is a written guarantee from a third party that ensures a certain result. The bond would be underwritten by a bank or insurance company. In this case, UNC Healthcare, or the combined entity, would purchase the bond guaranteeing healthcare costs would actually decrease as promised by Dr. Roper. If they do not, the bond would pay the state back any increased costs.
“We have to cut $300 million in Plan expenses,” said Folwell, “We spend $450 million a year with these two hospitals. We have a $34 billion unfunded healthcare liability for retiree coverage that has been growing for 40 years. Given the fact that we are in a medical arms race, we just can’t take the chance that the combined organization will increase costs for the taxpayers of this state.”
[…]

3 thoughts on “Folwell to UNC: ONE BILLION DOLLARS, please.”