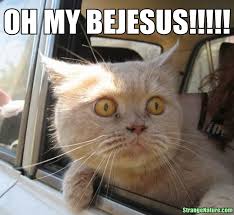 There must be something in the water in the Triangle.  Those folks keep finding the wussiest left-wing girlie-men possible — cloning them — and electing them to public office.  Think Homer Simpson’s neighbor Flanders.  Think Pajama Boy from those ObamaCare ads.

We told you earlier about a white Democrat state representative from Chapel Hill who is so embarrassed and ashamed of his whiteness that he contributed a long, whiny self-flagellating essay to a politically-correct “diversity” book used in those Maoist brain-washing “certification” courses for public school teachers. 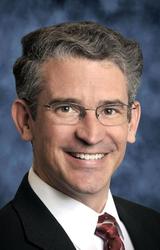 If you thought that was exceptionally wussy and P.C., it’s time for you to meet Wake County school board member Jim Martin.  Martin — apparently still suffering from PTSD from all of those middle- and high-school beat-downs for his lunch money — has spouted some, um, “wisdom”, for us:

Wake County school board member Jim Martin told his colleagues that they can learn from the civil unrest following a grand jury’s decision not to indict a Ferguson, Mo., police officer in the shooting death of Michael Brown.

Martin said the situation in Ferguson is a classic example of the disconnect between how officialdom and people in the community view things. He said board members need to remember as they craft school policies that the world looks different sitting around the board table than out in the schools where the policies are implemented.

“We need to be as much of a force for justice as we can be,” said Martin, chairman of the policy committee, at the start of a meeting Tuesday. “There is no policy that’s going to solve every problem. But we cannot make them worse, and we can work toward making them better.”[…]

A ”force for justice”?  How about doing a competent job of preparing students to be productive members of society post-graduation?  More than 60 percent of community college students in North Carolina have had to take at least TWO remedial education courses.   (That’s right.  We’re t 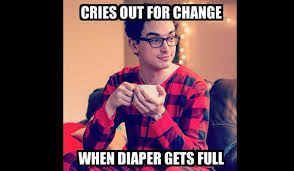 alking about a pool of people who have completed K-12 and been awarded a diploma.)

Martin is dead wrong about there being ANY value in the antics of Ferguson.  The whole development has been shameful.  From the radical leftist troublemakers tearing that Missouri town apart, to the race-baiting politicians, to the despicable drive-by media fanning the flames.

Where Martin is right is in his statement about the disconnect between school officials, classroom teachers, and parents.  I teach at the college level, but have numerous friends and acquaintances teaching at the K-12 level.  One friend, who teaches third grade, tells me of an incident where two sheriff’s deputies came into her classroom one day, interrupting the lesson she was teaching.  They had a large kid in handcuffs with them.  They removed the handcuffs, sat the kid in a desk, and LEFT THE ROOM.  My friend said she was speechless:

“I thought ‘Wow, these two big cops felt they needed handcuffs to control this kid. Yet, they had no problem removing his restraints and leaving him in a room with me and 15 other kids.’ ” 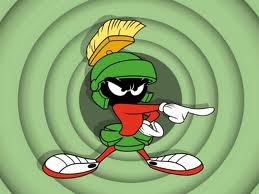 I have other acquaintances and friends in K-12 who tell me they are easily spending an hour per day on administrative / paper-pushing trivia for every half-hour of instruction they are providing.  I have another friend who told me she was instructed by school system authorities to NOT FAIL ANYONE.  All students must keep moving forward through the system, she was told.  Student pass rates weigh heavily on how much money the system gets.  Never mind that Johnny can’t read the textbook from your class.  *Gotta keep the money spigot open and flowing.*

I feel bad for my friends in the Triangle who are saddled with representation like Martin and this guy in Chapel Hill.  We’ve allowed leftist trolls like these guys to muck up our system of government to an extent that not many people — rooted in reality and common sense — would want to jump into it and serve.  If we’re going to straighten out and save our state and our country, we’re going to have root people like this out of positions of power and replace them with actual Earthlings.