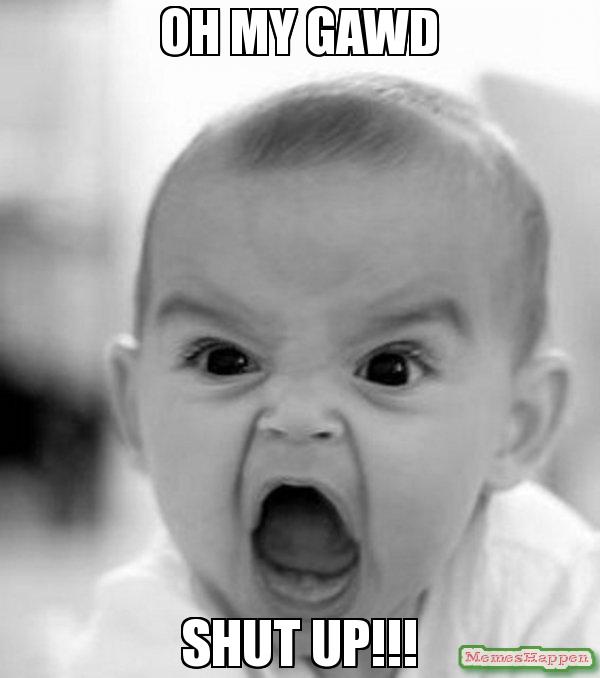 We had a bit of a revolt in Moore County last November.  A Democrat majority (7-0) had taken over the county school board and was rubber-stamping everything the superintendent and his team of bureaucrats wanted.   When the smoke cleared on Election Day, we had a 4-3 split (liberals to conservatives) on the board.  A few months into the new board’s tenure, we’re seeing a lot more scrutiny – a lot more questions being asked.  The board’s remaining four liberals, the superintendent and his team, AND the local paper don’t like it.  Not one bit:

Friction on the Moore County Board of Education has surfaced on several issues since three new members joined the seven-member board in December.

So while there were no policies to review or expenditures to discuss during a meeting last Tuesday, a review of the board’s internal code of cooperation and operating procedures served to air some of the sore points first created in what Robert Levy, one of the new board members, termed a “very, very intense campaign.”

Board members later sat through a two-hour ethics training session required of new and recently re-elected board members. Staff of the N.C. School Boards Association led the session — and attempted to moderate the initial discussion — by videoconference from Raleigh.

That training outlined potential conflicts of interest, inappropriate uses of confidential information and where the legal lines fall around accepting gifts and favors from contractors involved in business with the district.

Before the meeting, board members were each asked to evaluate how well the board is currently adhering to the nine points in its longstanding code of cooperation. That document is usually reviewed with little debate, but that was not the case this past week.

“I think that we started out with agreeing to disagree, however at the end of the day treating board members, staff and the public with respect, modeling behavior — that’s what we’re talking about, modeling the behaviors we want for ourselves and for others,” said board member Pam Thompson.

“I can agree to disagree with anybody in this room all day long, but at the end of the day I’m going to act like a board member and I am going to model the behavior, whether I am here or whether I am outside in the community. I hardly do social media but whether I’m on social media, it’s the same thing. That’s what we have to ask ourselves: is that what we do?” […]

She’s one of the four surviving Democrats,  in case you hadn’t figured it out yet.  MORE:

[…] The board’s codes of cooperation are intended to provide a framework for how board members conduct business. They establish standards for respectful interactions with fellow board members, school staff and members of the public. The guidelines also say that board members should act as ambassadors for Moore County Schools, “emphasizing the positive aspects of the district.”

”You are one of the few school boards that operates with norms and protocols, and I think it’s a beautiful thing to come together and talk about how you’re going to be ‘the board,’” said Ramona Powers, the N.C. School Boards Association’s director of board development.

“I like to say that being on a board is like being in an arranged marriage, because you didn’t get to choose your partners, but they are always there.”

Board members spent about 90 minutes prior to the training session expressing polarized views on how well they’re all following those norms and protocols — and how they’d define them in the first place.

“I’m just concerned about us showing respect for each other and for our employees and the public,” said Ed Dennison. “The public I don’t think is getting a really positive feeling about how Moore County Schools is doing.”

Some of that stems from last fall’s election season. Levy and the other two school board members elected — David Hensley and Philip Holmes — campaigned heavily on the “D” level School Performance Grades issued to four of the district’s schools in 2019, as well as what they characterized as fiscal mismanagement on the part of the previous board.

Much of Tuesday’s discussion dealt with board members’ activities outside of school board meetings, and whether or not they’re obligated to present a united front once issues are decided.

Board Chair Libby Carter and board member Stacey Caldwell, the sole incumbent re-elected last year, took issue with other board members’ social media activity and statements made on local conservative radio programs.

“I know that other board members are on the radio station talking about the rest of us, and it’s not in ways that are flattering,” Carter said. “I think that’s something that we have to deal with if we are going to actually find a way to work together.”

[…]“I think the process of this meeting is to put it out there, not disrespecting anyone here in the room but just to let everyone know what their feelings are so that we can move on from this. That’s definitely why I’m here,” said Caldwell. “I’m also concerned with social media too. I think that has gotten a lot of our board members in trouble. I don’t know what to do about that, but it is something that we probably just need to work on.”

Levy acknowledged the acrimonious nature of last year’s campaigning — and that board members not up for election supported their fellow incumbents in those races — but said that “respect” does not preclude expressing disagreement.

“What I think we’re feeling, so to speak, is that you’re trying to muffle criticism and with each statement there’s a little backhandedness. When you talk about treating us with respect, I don’t want to hear a backhanded statement: ‘Well, we’re not there yet,’” Levy told Carter.

“The innuendo,” he said, “is that the newer, more conservative board members are a bit rough along the edges. We’re the smelly Walmart shoppers. Well, we are. We are the ‘deplorables —’ at least I am and proudly so. I will always have a little bit of a rough edge but I will always treat you and everyone with the utmost respect, especially the respect that your office demands and that you do exhibit.”

Hensley added that the school board’s current operating procedures were adopted by the prior board, and that some of them do not reflect the values of the board’s new members. He specifically referred to language discouraging individual board members from granting media interviews, addressing Board of Education topics in other forums including blogs and social media, or speaking at other public meetings.

“I believe the passages that I highlighted put a chilling effect on the public’s right to know and I think they should be stricken in their entirety.

“I didn’t give up my First Amendment rights just because I got elected to the Board of Education and these passages are just set up to stifle my right to free speech.”

The board agreed to refer those procedures to its policy committee for potential amendment or removal. They’re also adding to the drawing board procedures by which items are added to each meeting’s agenda.

Complaints from Carter about the tone of some of the board’s recent meetings — and new members’ interactions with district administrators — were met with frustrations from the new board members about what information is presented and how.

But Hensley said that he needs to make those inquiries to make an informed decision when considering whether to support a proposal. He offered the 2021-2022 budget now under consideration as an example of one item presented without sufficient information.

Last month, the board postponed a proposal to transform the district’s Connect Virtual Academy into a standalone school with its own principal and designated staff after Hensley requested more information on the potential financial implications and enrollment projections.

“If the chair wants to confuse asking questions like ‘What are other districts’ results?’ or “Do you have financial projections with this?’ as picking on the senior staff, then we’re just going to have to disagree,” said Hensley. “Those are questions that any responsible board doing their fiduciary responsibility, representing the people, would ask.”

Levy agreed, and said that he’d like to see more data incorporated in presentations from Moore County Schools’ staff to the board.

“We get our information 24 hours or one working day before the board meeting. That’s when we get our backup documents,” he said. “We get a presentation, most of the presentations, they’re beautiful presentations, but they’re not necessarily what boards want to see. … The board needs to know some boring facts and boring data so that we can make policy. That’s the real problem.”

Points in the board’s current code of cooperation directing board members to share feedback about meeting agendas with staff in advance of the meeting overlap with those concerns.[…].

We’ve got a similar problem on our county board of commissioners. A big deal is made about publicly reporting unanimous votes to the public.  Even IF the question was furiously debated behind closed doors and passed with a one vote margin.

Way too many people get elected to office and develop the mindset that their number one job is to make their chamber’s leadership,  the chairman, and / or the superintendent happy.  Um, NO.

3 thoughts on “Edu-crats, local drive-bys bemoan decrease in sycophancy on Moore school board”