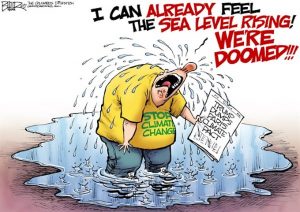 You gotta looooooove that “logic”:

North Carolina legislators voted in 2012 to ban the use of a report that showed the ocean could rise as much as 39 inches by 2100.

Now, with Hurricane Florence bearing down on the Carolinas, and thousands evacuating from the coast, that decision is once again making national headlines and drawing criticism from those who say state leaders who approved the bill were nearsighted.

Some are saying the 2012 law could mean more damage from storms like Florence.

The extreme green crowd was trying to set land-use policy in stone using a ONE HUNDRED YEAR forecast.  Said land-use policy affects how you can use your own property, how much it will cost to build on it, and how much to insure it, among other things. 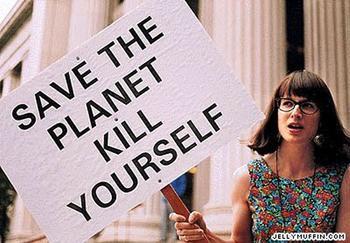 It’s rare that a five-day forecast gets the weather right for DAY FIVE.  And we’re supposed to make big, important decisions based on something somebody with a nefarious political agenda says will happen ONE HUNDRED YEARS down the road, after we’re all dead and gone?

Opponents of the 2012 study were not trying to dismiss the concept of beach erosion.  Alternative points-of-view on sea-level rise and beach erosion were being tamped down and silenced.

They were looking for a more credible analysis of the situation.  It’s going to be hard to get that with socialist ideologues dominating the field of meteorology as well as environmental policy-making entities.