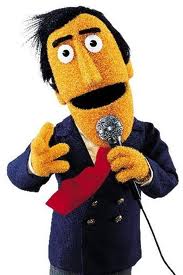 That’s the McClatchy headline.  Were Republicans caught lying under oath?  Let’s read further, shall we? :

The trial challenging North Carolina’s legislative lines as unconstitutional, partisan gerrymanders took a dramatic turn Thursday, when an expert witness for Republican lawmakers admitted some of his testimony on their behalf was incorrect.

The challengers used that admission to ask for that testimony by Claremont McKenna College political scientist Douglas Johnson to be struck from the record.

“His testimony in his direct (examination) is just incorrect,” said Daniel Jacobson, a lawyer who represents the redistricting reform group Common Cause NC. “The numbers are wrong.” […]

So, despite what the headline insinuates, there does not appear to be perjury.  It appears the GOP witness made some errors in his presentation to the court.  “False testimony”  evokes memories of things like “I did not have sexual relations with that woman,  Miss Lewinsky.”

It’s one thing to willfully lie under oath, and it’s another to make a mistake in your presentation to a court.  If you read further into the story, you’ll find an interesting editors’  note (which we have preserved through the magic of screen-shotting) .   This McClatchy story,  picked up and recirculated by the AP, has editors instructing other editors to cut out certain parts of the story.

What parts are those?  Oh —  the ones where Republican House members actually get to defend themselves. 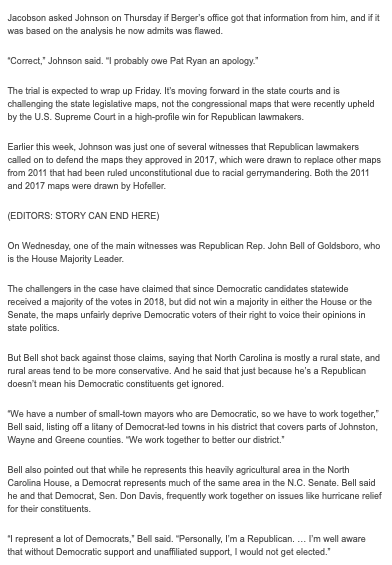