It’s a sad state of affairs that the three most likely folks to draw well-funded opponents in 2020 are treasurer Dale Folwell, insurance commissioner Mike Causey, and auditor Beth Wood.  All three have done an outstanding job of looking out for the little folks outside the beltline AND the money confiscated from them each year from inside the beltline.  And all three are guaranteed a rough 2020.

Folwell has been taking on the hospital lobby and all the grubby legislators said lobby has bought and paid for. From Folwell’s position, it’s all been in the name of transparency.  So the state can actually see what hospitals are charging the state employee health plan.  The state employees actually fell in behind Folwell.  The legislators actually fell in behind their special interest paymasters.  A primary opponent will likely be surfacing soon. 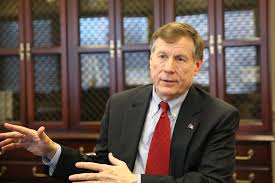 Insurance commissioner Mike Causey took on the CEO of Blue Cross / Blue Shield and made him blink.  Some weasels apparently tried to bribe him.  So, he wore a wire for the FBI, and helped get FOUR of them indicted.  Mike Causey has had US as his primary interest.  And THAT will likely earn him a special-interest-funded primary opponent in 2020. 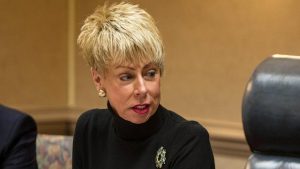 Beth Wood is an interesting case.  The DEMOCRAT state auditor has published audits that have made Democrats AND Republicans mad.  The auditor job is not about covering up stuff.  It’s not about party politics.  It’s about getting the truth about the operations of government into the spotlight.  As far as we can tell, she’s done that and hit both parties equally hard.

Her office whacked Allen Thomas’s (D) administration of The Global TransPark just as he was rolling out his campaign for the Third Congressional District.  Now, she’s come after agricultural commissioner — and former chairman of Farmers for John  Edwards — Steve Troxler.   Her audits have raised questions about Troxler’s team’s hotel charges AND procedures for milk inspections.

Surprise! Surprise!  She’s got an opponent.  Wood’s longtime general counsel has announced he’ll run against her in 2020 as a Republican.  (*Right about time she releases an audit criticizing a Republican.  What are the chances?*)

4 thoughts on “Do what you were elected to do, and the sharks come for you”