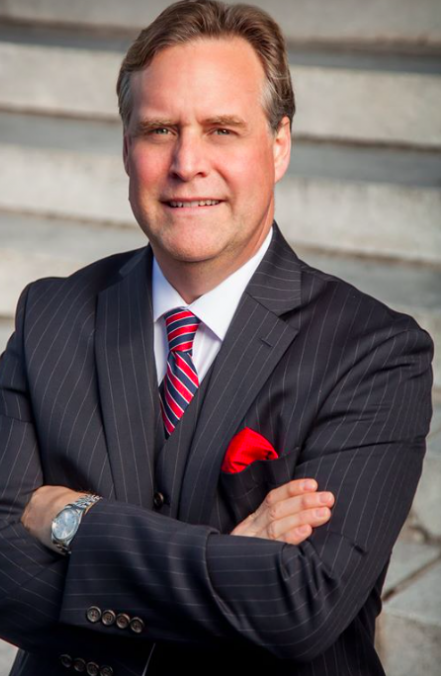 We got quite a few profane, yet anonymous, emails about our story on the election of former prosecutor Maureen Krueger as the new president of Moore Republican Women. We described the event as the “Resurrection of a Failed District Attorney.” (I thought liberals were the only ones who elevated and celebrated failures.)

Well, it appears even The Pilot is begrudgingly helping us make that case.  They published a story over the holiday about the district attorney’s office putting together a “progress report.”  Actually,  most of the stats came from the state’s Administrative Office of Courts and the county Clerk of Court.

One of the more shocking pieces of info in the “progress report” article was how many Moore Countians were having their Sixth Amendment right to a speedy and public trial violated by the D.A.’s office under the Krueger regime. The Pilot listed just a few of them:

[…]Jesse Martin and Debra Dorsett were charged on Aug. 22, 2014 with murder in connection with the death of 71-year-old Elden Kitson Vanderwal on Aug. 23. Vanderwal’s body was found after a fire in a home at 216 Brewer Road near Seagrove. An autopsy later showed he was murdered before the fire was set.

Both Martin and Dorsett had been held in custody for nearly seven years.

Co-defendant Dannie Smith was not in custody but his case had been pending the same length of time. The file contained information showing that he was innocent of the charges, and prosecutors dismissed charges.

McManus had been held in custody for nearly five years awaiting trial. He received a sentence of 16-20 years in prison.

Williams had been waiting in jail for three years for his case. Hardin said Superior Court Judge James Webb had issued a speedy trial order in this case in 2019. When set for trial, he pleaded guilty and received a sentence of life in prison without parole.

Additionally, Hardin’s office attempted to work on the backlog of old cases that had been sitting in District Court.

In March, shortly after taking office, Hardin’s office identified 74 Driving While Impaired cases pending in Moore County District Court, with dates of offense from 2019 or earlier.

In an effort to dispose of these, Hardin requested a special four-day session of district court.

As a result, 46 DWI cases were scheduled for trial. Of those, 35 were dispatched, with 31 resulting in guilty verdicts. Overall, the special session ended in an 88.5 percent conviction rate with closure of nearly half of the backlogged cases.

Hardin said in his report he was proud of several other accomplishments this year, including greater outreach by his staff. He said that although a staff member may have spoken with crime victims by phone previously, [the victims] had never actually met with the attorney in their case.

And he said prosecutors began mandatory stamping of serious felony files, allowing law enforcement to sit down and discuss these cases shortly after cases were charged.[….]

Delaying all of these trials may be beneficial to the schedules of the defense lawyers out there, but the practice really denies justice to the accused AND the victims.  The aforementioned delays all occurred under the Krueger regime.

Another interesting point The Pilot made was how much the felony  case clearance / disposal rate had increased from the Krueger era to the Hardin era:

Mike Hardin took over the office on January 1 of this year.

In one year,  Hardin closed nearly as many felony cases as Krueger did in THREE YEARS.

As a reminder, Hardin beat Krueger’s hand-picked successor (and Obama donor), Arthur D’Onadio in the GOP primary by roughly 2-1.

How has the new president of Moore Republican Women dealt with all of this?  She’s been on local radio and running around the county, with her boyfriend in tow, bad-mouthing Hardin.