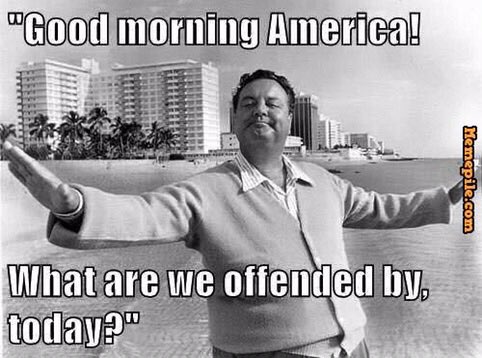 I have what you might call an off-color, politically-incorrect sense of humor.  Lots of other folks do, too.  We used to, in this country, be able to laugh at each other without the jack-booted PC thugs kicking in your door and destroying your life because of a 30 year old party photo.

Granted, I am enjoying the fact that it is now eviscerating the very people who got this whole PC nightmare going.  But we need to take a break, catch our breaths, and reassess where we are and where we’re going as a people.

You can find all kinds of old  movies featuring white people playing  Asians or Native Americans.  (In some cases, even black people.)

There are all kinds of beloved (by some) pop culture figures today who have portrayed and even mocked members of other races.  Dave Chapelle and the Wayans brothers are black comedians who regularly mock white people.  Heck , the Wayans brothers even made a movie called “White Chicks.”  Guess who they played? 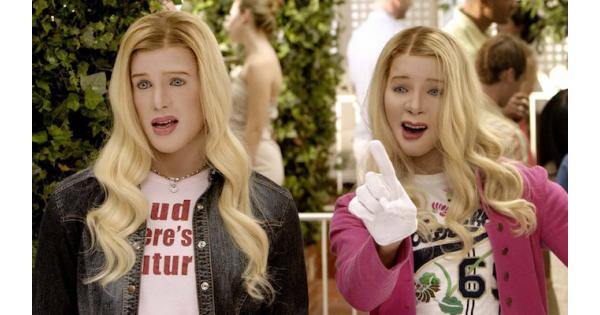 That shrieking very white  troll Joy Behar came out the other day to confess she had once portrayed “a beautiful African woman” at a costume party.  (Nothing “beautiful” or black about Joy.) 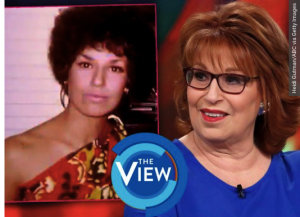 Shock jock Howard Stern has worn blackface and utilized an exaggerated “black” speech pattern  in comedy skits.  Celebrities still flock to his show.  Hollywood throws him all kinds of deals.  Everything is fine.  (If a conservative did it, they’d be lynched. )

I believe this rush to eviscerate and punish people for doing stuff 30 or 40 years ago that was legal and acceptable THEN is a big mistake.  History is to be learned from.  Give us the good, bad, and ugly about MLK.   German kids should learn about nazism and be taught how to avoid ever heading down that path again.  Black kids should learn the violent, criminal truth about Huey Newton and The  Black Panthers.  White kids should learn the truth about how their ancestors treated certain folks.

We need to learn the truth about the good and the bad of our history.   Stomping out people and things NOW that were OK back then  does an incredible disservice  to the spirit of freedom at the very core of this country’s foundation.

2 thoughts on “Deep Thoughts. On blackface.”