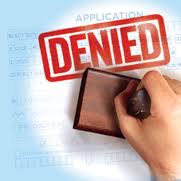 In a December 12 order, The federal government’s   Postal Regulatory Commission has rejected  Pinehurst mayoral candidate John Marcum’s appeal of the decision by The U.S. Postal Service to close the downtown Pinehurst post office:

On August 18, 2011, John M. Marcum and Bettye M. Marcum (Petitioners) filed a petition with the Commission seeking to appeal the Postal Service’s determination to close the Village station in Pinehurst, North Carolina (Village station).1 The Petition included a request for suspension of the Postal Service’s decision pending review. Id. The Commission also docketed an appeal and request for suspension from Ralph Redmond Jr. After reviewing the record in this proceeding, the Commission affirms the Final Determination to close the Village station.

Petitioners’ positions. In their brief, Petitioners incorporate and expand on concerns set forth in their original filing.13 They reiterate their claim that the Postal Service did not follow notification, posting, and other requirements, or respond to the motion for suspension. Marcum Brief at 1.14 They also assert that the Postal Service’s redaction of data and information in the Administrative Record has severely handicapped their efforts, and provide several reasons why the application for non- public treatment should be denied. Id. at 2.

Station/office distinction. Petitioners take issue with the Postal Service’s distinction between post offices and stations. They note that the Village station location has been in continuous operation for 116 years, most of that as the only Pinehurst post office. Id. at 3. They assert that the replacement office was built in the early 1990s, that both facilities have been well utilized ever since, and that the population has quadrupled. 15 Id. Thus, they consider the Postal Service’s distinction between station and post office “quite arbitrary,” and contend that one or both facilities could be treated as a main post office by any reasonable definition. Id.

Impact on business. Petitioners assert that many of the Postal Service’s responses to redacted letters frequently state that there “is no impact on the business community.” Id. They contend this is completely contrary to the record, which they view as replete with numerous complaints from business owners. Id. Moreover, they note that have recently received 15 letters from business owners in the village center seeking to join their appeal. Id.

Alternative economic analysis. Petitioners present an alternative analysis challenging the Postal Service’s estimate that it will save $66,000 by closing the Village station. Id. at 4. Their approach results in costs of over $325,000 associated with the closing, which they say swamps the estimated savings. Id. and Errata. Petitioners’ estimate, in the absence of accessing redacted data, is based on conversations with District (Charlotte, NC) postal officials about assumptions underlying the Postal Service’s estimate, a Government Accounting Office (GAO) figure for curbside delivery, and personal observations. They assert the Postal Service’s estimate assumed all current box holders would transfer their box service to the replacement facility; there would be no curbside delivery cost; and all window counter business would go to the replacement facility. Id. at 4.

Petitioners assert that in the months leading up to the closure, many box holders had already withdrawn, erecting their own mailboxes. Id. They acknowledge that they do not have precise data, but say it appears that nearly half the box renters have withdrawn and have erected mailboxes or are using the service at the gated community. Id. Petitioners also estimate that at approximately $100 average yearly rental per box, and a presumed loss of one thousand customers (half the original boxes), there is a loss of $100,000. Using $225 per customer for curbside delivery (based on GAO data) and some loss in window service revenue (based on patrons switching parcel mailings to a private service), they estimate a likely drop in revenue of more than $325,000, far exceeding the Postal Service’s savings estimate of $66,000. Id. They observe: “Looked at another way, the USPS-owned station is fully depreciated, had one staff member, and before the closing was initiated was taking in perhaps a quarter of a million dollars—a nice profit under any criteria.” Id.

Petitioners acknowledge that the Postal Service faces difficult circumstances in trying to plan for achieving profitability; however, they assert that the goal of closing small, underutilized and unprofitable stations is not applicable in the case of the Village of Pinehurst. Instead, they contend there is a brisk business in the Village station, with over a thousand daily users, and over 120 more through the window, and it returns a profit based on Postal Service information provided prior to closure. Id.

Postal Service. The Postal Service maintains its position that this appeal concerns a station, not a Post Office, for purposes of 39 U.S.C. § 404(d).16 Postal Service Comments at 1. Its view is that Congress knowingly used “Post Office” in its technical sense, thereby excluding stations and branches, as demonstrated in the legislative history, and that Congress had used “Post Office” in its technical sense for well over a century. Accordingly, it claims the Commission lacks jurisdiction to hear Petitioners’ appeal. Id. at 2.

The Postal Service also claims the procedural requirements of 39 U.S.C. § 404(d) do not apply because the discontinuance of the Village station does not qualify as a closure envisioned by 39 U.S.C. § 404(d). It asserts, and indicates the Commission has recognized, that section 404(d) procedural requirements do not apply where postal customers do not lose access to postal services due to the location of alternate retail facilities in “close proximity” to the discontinued station. Id. (internal citations omitted). In this instance, the Postal Service asserts that affected customers will not lose access to postal services because they will continue to have access to the Pinehurst post office, located approximately 1.6 miles from the Village station, to nearby alternate access, including at Wells Fargo Bank, or Stamps by Mail. Id. at 2-3 (citing Exhibit 3).

Moreover, the Postal Service claims that even assuming the section 404(d) requirements apply in the context of the discontinuance of the Village station, it has satisfied the salient provisions of section 404(d) because it distributed questionnaires on March 25, 2011 notifying customers of the possible discontinuance of the Village station and inviting comments on the potential change. Id. at 3. It says it also made the questionnaires available over the counter for all interested retail customers. Id. It asserts that this effort furnished customers well over 60 days’ notice of the Postal Service’s intention to consider discontinuance of the facility. It points to receipt of 444 customer responses to the questionnaires as confirmation of notice and the extensive input from customers. Id. The Postal Service also says that upon making the final decision to discontinue the Village station, it informed the community of the decision through a public notice posted on July 8, 2011. Id.

The Postal Service asserts that the Administrative Record demonstrates that it considered all of the pertinent criteria of section 404(d), including the effect on postal services, the community, and employees, and the economic savings arising from the discontinuance. Id. It states that customers notified the Postal Service of their concerns related to postal services, including the conditions of other nearby postal facilities; the community, including the effect on senior citizens and local businesses; and employees and, as reflected in the Administrative Record, it considered these concerns during the decision-making process. Id. It states affected postal employees will be reassigned to other postal facilities in full accordance with agreements between the Postal Service and employee organizations. Id. Finally, it states it provided a breakdown of the costs that serve as a basis for its estimate of economic savings. Id.

In response to Petitioners’ assertions regarding lack of compliance with the NHPA, the Postal Service asserts that any arguments based on the NHPA are beyond the Commission’s jurisdiction. Id. at 4 (n.7), citing 39 CFR § 241.4(d).17 Instead, its position is that compliance is an internal Postal Service matter subject to the scrutiny of the Postal Service Board of Governors. Id. Moreover, it claims Petitioners’ evidence regarding changes in local business traffic after the closure of the Village station (which it characterizes as anecdotal) was developed after the Postal Service made its decision to discontinue the facility and is not part of the record, and thus could not be considered in this appeal, assuming it were within the scope of the Commission’s jurisdiction. Id. at 4-5.

The Postal Service also notes that Petitioners make representations regarding the number of former Village station box customers who chose curbside delivery after the Village station’s closure in connection with their claim that the economic savings estimate is inaccurate. It contends that Petitioners’ information, like the information regarding local business impact, was developed after the Postal Service made its final determination regarding the discontinuance of the Village station and is not part of the record, and thus cannot be considered in this appeal. Id. at 5.

I am NOT a big fan of the post office.  They have turned the act of screwing up into an art form.  But I agree wholeheartedly with this closure decision.  Hopefully, this will put an end to the local drama, and open the door to serious efforts to  revive downtown.  Partners in Progress’s decision to relocate to downtown Pinehurst is a good start.

Let’s look to the private sector — to the entrepreneur community — to help revive downtown.  Southern Pines and Aberdeen have done some good things with their downtown districts.  Pinehurst CAN TOO .