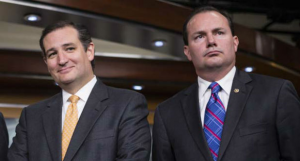 They say politics makes for strange bedfellows.  Somehow the Republican base always ends up being the bedfellow that gets kicked to the cold winter floor while the Republican leadership enjoys snuggle time with the Democrat-dominated permanent Beltway machine.  The embarrassing failure of basic responsibility we call the “cromnibus” provides great examples of how that machine protects its interests, and how little enthusiasm the Republican leadership has for doing battle with it.  How did American government degenerate to the point where blind-rush last minute trillion-dollar spending binges are accepted as a new annual tradition?

We’re not even going to pretend the Ruling Class feels some vestigial sense of humility or responsibility toward the taxpayers it milks for cash, are we?  They’ll just let everything slide until December of every year, at which point they’ll declare the only way to save the country from an unspeakable fate (i.e. shutting part of the Beltway apparatus down for a while) is an emergency transfusion of gigabucks, spent without the hesitation or contemplation, and anyone who doesn’t go along with this vital life-saving fiscal surgery is an extremist monster who enjoys watching the children of six-figure bureaucrats cry because Mommy and Daddy didn’t get their bonuses this year.

And you’d better believe the trans-party Establishment is going to get even with anyone who threatens to spoil their winter spending festival, especially if they have the unmitigated gall to make the princes of Washington work on a Saturday.  Spending that trillion bucks is a drop-dead emergency, you see, but not so much of an emergency that we should expect our lavishly compensated “representatives” to surrender one of their 250 days off.  […]

The most sickening fallout from the fight are the accusations that Senators Ted Cruz (R-TX) and Mike Lee (R-UT) aided and abetted the confirmation of Obama’s nominees with their uphill battle against CRomnibus:

But comments from Senate Majority Leader Harry Reid (D-Nev.) on Monday morning shows that Democrats were always planning on approving a last wave of Obama nominations before leaving. A basic understanding of current Senate rules also shows that Democrats have the power to approve these nominations whenever they want, without Republican help, because of changes Democrats engineered in the Senate.

The fingerpointing started late Friday, when Sen. Mike Lee (R-Utah) refused to agree to adjourn the Senate for the weekend. Lee was pushing for a vote to defund Obama’s immigration action, along with Sen. Ted Cruz (R-Texas) and others.

That forced the Senate to return to work Saturday, and while the two sides were negotiating how to get around GOP objections, Senate Democrats scheduled a series of votes to confirm several of Obama’s nominees, and to set up votes on several others this week.

By Saturday night, some Democrats were crowing that the GOP’s actions gave the Senate the time to confirm more nominees. “Because of Senator Cruz’s actions and Republicans’ inability to stop him, Democrats will end up confirming more nominees by the end of this Congress than we would have been able to otherwise – including several key executive branch nominees and up to 12 of President Obama’s judicial nominees,” Reid spokesman Adam Jentleson wrote in a Saturday email.

But an earlier email from Jentleson admitted that Reid was always planning to hold these votes. “Senator Reid has been clear for weeks if not months that he plans to hold confirmation votes on a significant number of major nominees before this Congress adjourns,” he wrote.

Reid’s own comments Monday morning indicated that despite the work the Senate was able to do on Saturday, there is still more work to be done and he even threatened more work this coming weekend if it’s needed. Those comments are another sign that Democrats always intended to push the nominations through.

“Everything that’s scheduled now for moving forward, we could finish it today,” Reid said on the Senate floor Monday. “But we’re going to have to be here until we finish our work, whether that’s Tuesday, Wednesday, Thursday, Friday or Saturday.” 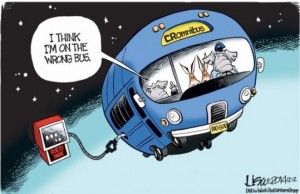 “So everyone should understand, we can’t be leaving,” he added.[…]

On Sunday, Sen. Lee agreed that the Democratic argument that Republicans helped confirm more Obama nominations makes no sense, since Reid was sure to confirm as many nominations as possible before turning over control of the Senate to Republicans in January.

[…]More than a year ago, Senate Democrats changed the rules over Republican objections that allow the majority party to approve any nomination it wants without any help from the minority, as long as the majority party can find a majority vote. That so-called “nuclear option” means the ability of the Democratic Senate to pass Obama’s nominees depends only on the willingness of Democrats to work through those nominations.

Technically, the Democratic rule change means nominations can be advanced and approved in two simple-majority votes — before the change, a 60-vote majority was needed to advance a nomination, which meant some Republican votes were needed. The change applies to all nominations save those for the Supreme Court.

One thought on “DC GOP seeking vengeance against Cruz, Lee after CRomnibus fight”