It’s amazing.  It’s one of those head-scratching moments like when charges get dismissed against a murderer because a box got left unchecked on the search warrant application:

The Bipartisan State Board of Elections and Ethics Enforcement approved appeals by two Republican primary candidates, reversing decisions by Clay and Mecklenburg county elections boards that had disqualified the candidates from running.

Some members at the April 4 meeting said their hands were tied by a state Supreme Court decision arising from Gov. Roy Cooper’s lawsuit to block Republican-backed legislation that reformulated the state board. Members debated statutory provisions and competing legal theories. All parties agreed they were in uncharted territory.

The state board approved appeals by Dwight Penland, a Republican primary candidate for the Clay County Board of Commissioners, and Nora Trotman, a GOP candidate in state Senate District 37. The decisions centered on a new state law that requires county election board rulings to get three-vote majorities.

State law clearly says you have to be registered with a party at least 90 days before the filing period before you can run in that party’s primary.  The state board’s own records show that Trotman registered to vote — apparently for the

first time — SIX DAYS BEFORE THE END OF THE FILING PERIOD.

[…] Local officials argued vehemently that the state board should ignore the new law and let them rule on evidence presented at county election board hearings.

State board attorney Josh Lawson urged members not to sidestep the new law. Lawson said a number of counties were in discord in the summer of 2017. Cooper’s separation-of-powers lawsuit challenging the new makeup of the state election board caused uncertainty. The law also expanded the county boards from three members to four. 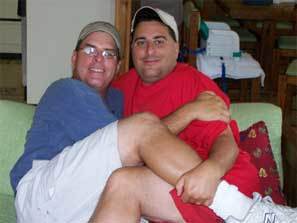 The General Assembly and the governor’s office asked the Supreme Court to clarify the situation.

The Supreme Court temporarily allowed county boards to act even though none had four members. It also clarified that county boards must get three votes to constitute a binding majority decision. Lawson said county boards were notified of the changes.

During debate on Penland’s case, Republican state board member John Lewis said the vote had to follow the governing statute.

“If we took any other course of action we would be trying to create or carve out an exception in the law,” he said.

So, they accepted ONE violation of state law in order to avoid violating ANOTHER state law? (*SMDH*)

[…] The county board received two challenges to Trotman’s candidacy. The board alleged she had not registered as a Republican at least 90 days before filing for office, as required by law. The challenge further said

Trotman did not submit her own filing papers. North Carolina Republican Party Executive Director Dallas Woodhouse turned in the paperwork.

Trotman claimed she was affiliated with the Republican Party for more than a year — satisfying the language of the state law. GOP officials provided documents supporting her, and said she was a dues-paying member of the Mecklenburg County Young Republicans.

How do you “affiliate” with the NCGOP without being registered to vote? is that what Democrat-turned-unaffiliated legislator Paul Tine did?  He caucused with the House GOP but kept his liberal voting record.  Get all the privileges without actually having to commit.

In North Carolina, to officially be a member of a party, you have to register to vote with that party.  The NCGOP’s own plan of organization says you aren’t a Republican unless you are registered with the state to vote as a Republican.  Until six days before the end of filing, Trotman was not registered to vote.

[…] The board disqualified Trotman, citing her decision not to appear or to send a representative to a hearing and argue she was a valid candidate.

State board Chairman Andy Penry pushed the notion that Trotman’s case differed from Penland’s because Trotman did not attend the county hearing.

Lewis said the county decision was invalid because it did not meet the three-vote requirement. The state board has an obligation to ensure the law is enforced equally, he said. If members veer from that principle, “then we get in the quagmire of why we did things differently in certain cases,” he said. “We create confusion, and we create inconsistencies. [It’s] the last thing we need to do.”

25 thoughts on “Dallas, his “warm body” get reprieve from state elections board (on a technicality)”