I saw this interesting little tidbit in my Twitter feed yesterday:

Not familiar with Johnson?  Let the good folks at the leftist Politico fill you in:

Charles C. Johnson might be the most hated man on the Internet, and that is the secret to his success. During the last couple of years, Johnson, a 26-year-old blogger from California’s Central Valley who runs a site called GotNews.com, has written that then-Mayor Cory Booker didn’t live in Newark; repeatedly accused President Barack Obama of being gay; offered $250 for a photo of a politician’s wife in a nursing home; and caused a tempest in a Mississippi GOP Senate primary by claiming that a black pastor had been paid to swing votes (Johnson also paid the pastor for information). To his many critics, much of this has been misleading or downright wrong—not to mention what they consider to be sexist, racist or professionally irresponsible.

But in the amoral universe of digital media one can’t condemn Johnson—though this is a natural impulse—without elevating his profile. To do so only boosts his prominence in Twitter searches, in trending lists, hashtags and so on. In the upside-down world of online reporting, to pillory him is to promote him. 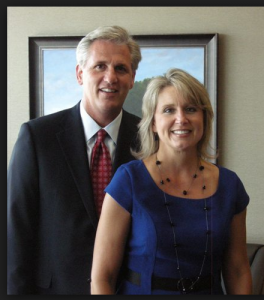 Johnson is only the latest go-it-alone journalist to demonstrate that the digital realm can be a win-win world for misinformation mongers, and a no-win world for the rest of us. He does have at least one bona fide scoop to his credit. Last year, he helped unmask Elizabeth O’Bagy, a think tanker and Syria hawk who had lied about her academic credentials and about receiving funding from a Syrian group. But in recent weeks he’s turned the volume up to 11, going after journalists (he published the home addresses of New York Times and Washington Post journalists covering the protests in Ferguson, Missouri), activists (he published the full name of the woman at the center of Rolling Stone’s alleged rape story) and anyone else who has violated his obscure ethical code.

What is that code? It seems to be that everyone is hiding something and he, Charles C. Johnson, has been called—perhaps by a higher power—to ruthlessly ferret out the truth.

There are two important distinguishing features in Johnson’s work. The first is that he has targeted women and minorities—in his writing, he frequently identifies black men killed by police as “thugs.” The second is that he seems to make a lot of mistakes, even for the freewheeling, don’t-wait-just-publish environment of digital media. If you compared the quality of most of his stories to used cars, his scoops would be your neighbor’s old Chevy, rusting on cinderblocks in the yard. He once reported that New York Times correspondent David Kirkpatrick posed in Playgirl, only to later find out that it was an old Princeton humor magazine. It’s the one story he regrets, he told me: “I made a serious error one time, which is frankly unacceptable, and I apologize for it.”

Johnson’s most remarkable snafu might have been when he and another journalist, then writing for the conservative website the Daily Caller, reported that New Jersey Democratic Sen. Bob Menendez paid underage women to sleep with him in the Dominican Republic. Menendez hotly denied the story, the FBI investigated and found nothing, and the women involved later recanted. But then it got weirder. TheWashington Post reported that the CIA found evidence that the story was planted by Cuban spies to discredit Menendez. Johnson still insists that he got it right.[…]

Hmmm.  It sounds like it is NOT GOOD to have this guy showing an interest in you.

2 thoughts on “Cyber political hit-man has his sights on Ellmers, McCarthy”