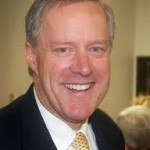 Good news first.  Conservative Review — one of the strongest players in DC for conservative journalism – does a great job of digging into the voting records of the “Honorables” we send up there.  They’ve put out rankings of The TOP 25 conservatives on Capitol Hill.  North Carolina has TWO  of those — Mark Meadows at #1 and 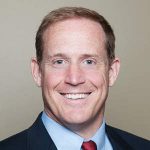 Ted Budd at #21.  (Remember, this encompasses the House AND Senate.)   South Carolina also has TWO on the good list — Jeff Duncan at #10 and Mark Sanford at #16.

Now, we get into the not-so-great stuff:  The Top 25 RINOs (Republicans In Name Only).   Again, this ranking — like the previous one — is bicameral.    Thom Tillis is ranked at #20 and Richard Burr is at #23.  South Carolina’s Lindsey Graham comes in at #4.  (You folks in The Palmetto State must be SO proud.)   He’s just

three spots behind his buddy John McCain, who comes in at #1 on this list.