What a difference (nearly) a decade can make.  Word has come out that the SBI was all over some serious allegations of voting irregularities in Bladen County as early as 2010.  The North Carolina Department of Justice was alerted.  Anyone remember WHO was attorney general (AKA head of that department) in 2010? 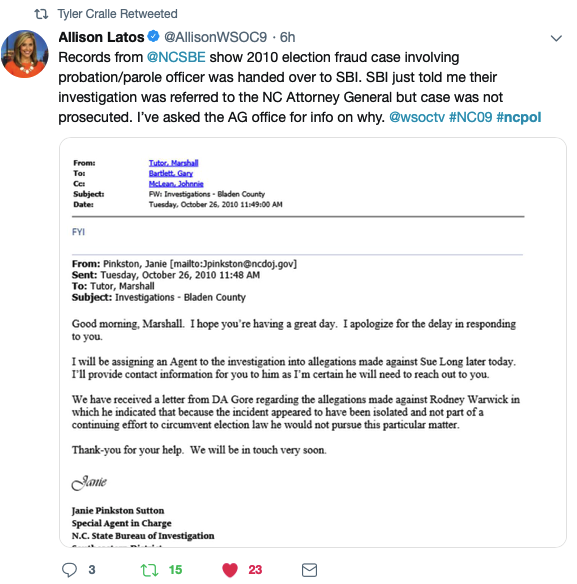 I believe those questions about 2010 now need  to be asked AT the governor’s mansion.

While working in the driveby media, I got to know quite a few law enforcement types — especially some SBI agents.  I asked one agent who I had good rapport with about political bias in the bureau.  His response:

I am willing to bet that a closer look at this particular episode will find someone involved who has close political ties to Cooper.  Or is related to someone who could be beneficial to a Democrat planning a future run  for governor.

We’re getting all kinds of rhetoric about how outrageous the 2018 allegations  in Bladen County are.  Outrageous enough to hold up certification of a congressional race.

But apparently, things were not outrageous enough to crack down in the county in 2016 — or even 2010.

One thought on “Cooper ignored 2010 voting allegations in Bladen”