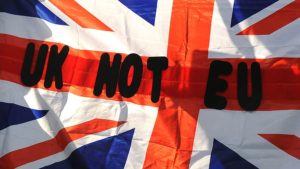 The ruling class establishment types are chattering away like nervous nellies over the British vote to leave the European Union. The vote was driven by a nationalist, populist movement arguably akin to the America First platform of Pat Buchanan and now Donald Trump.

The European Union was established to reconfigure Europe into one big economic unit.  One currency, one set of laws and regulations.

Imagine an effort to unify Mexico (with its age of consent set at 12), the US and Canada (which just legalized human sexual relations with animals) into ONE economic entity.  That’s basically what you had with the EU.  (Things like NAFTA and TPP are just the tip of the iceberg.)

The EU increased the cost of living. Stuff got more expensive. People were being subjected to regulations approved by folks who are not even citizens of their countries. National borders were basically wiped out, and immigration controls became practically non-existent.

Other right-leaning political movements in Europe are already being inspired by what happened in Britain.  People want to regain control of their economies and their national identities. 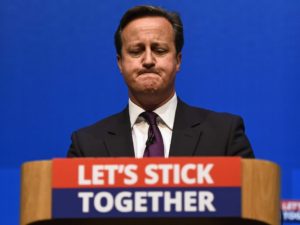 Europe has already seen and experienced what we’re heading toward here in America.  The UK is the first in Europe to slam on brakes and try to reverse the downward spiral. Britain’s big-government loving “Conservative” prime minister has resigned in the wake of the EU vote.  (He lobbied hard to keep the UK in.)

Here, in The New World, the flame appears to be flickering out. We’re mindlessly reelecting folks with an R next to their name — who run off to DC and Raleigh to cross the aisle, sing kumbayah with the other side, raise taxes, and bust the budget  the very minute the last vote is counted.

The message sent by the British vote — by the Trump movement here — is an important one.  The home country, its people, and its self-interests are the most important thing on the agenda.