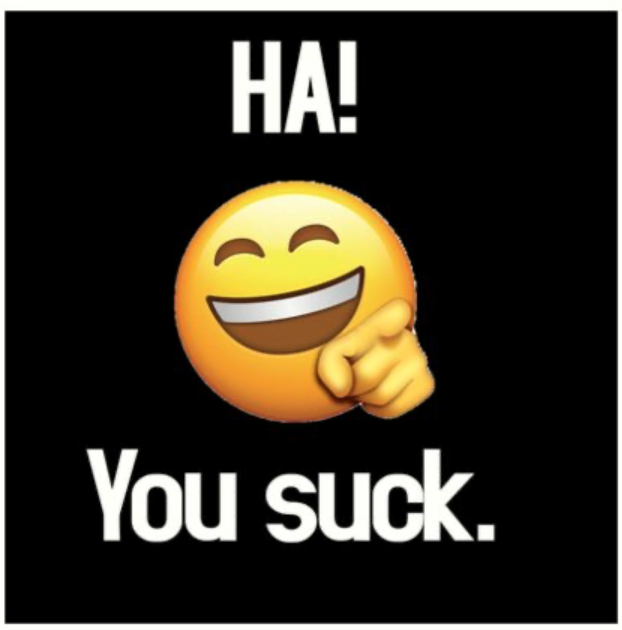 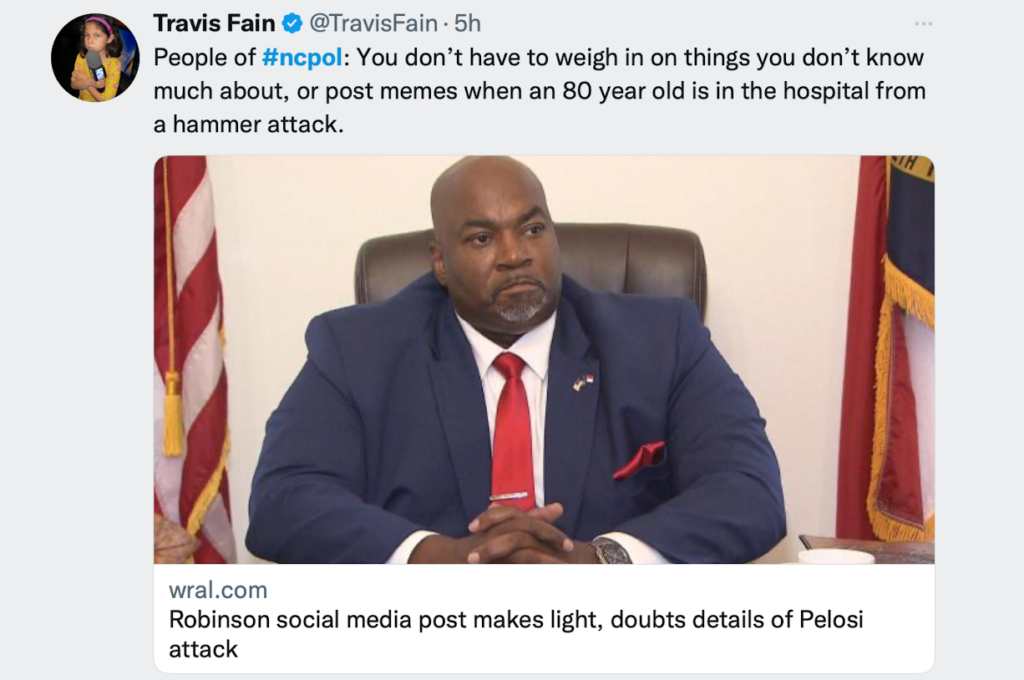 By the way, did you catch Travis scolding Robinson about “weighing in on things” he “knows little about” ?   Travis, brother, YOU do that ALL THE TIME. 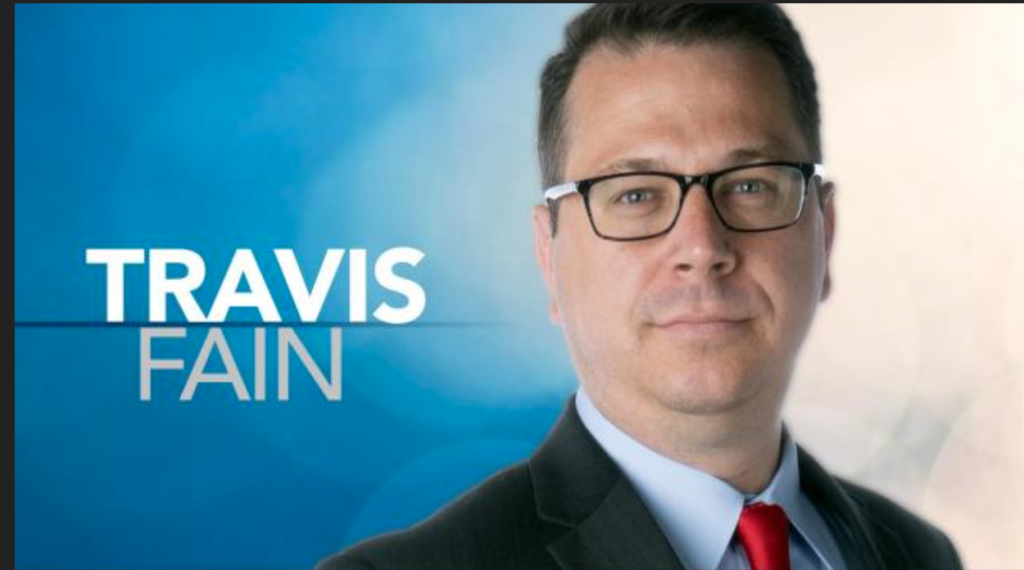 Travis’s little friend Colon Campbell also got a little butt-hurt over this story.  You might remember lil’ Colin and all of his hysterical, over-the-top “reporting” on HB-2 a/k/a “The Bathroom Bill.” Reading lil’ Colin, you would have thought the world was teetering on the edge of Armageddon. (The little guy managed to sneak anti-HB2 propaganda into ACC Tournament coverage.)

Colon and Travis were eerily silent while their colleagues and a bunch of grassroots liberals rained a bunch of hell down on state Rep. Larry Pittman (R) in the wake of Pittman’s son’s very public suicide.

Our pal Travis was also quite silent when his sidekick Laura had a bunch of her social media posts went public.  She (?) blamed the Orlando gay night club massacre on church-goers in North Carolina.  Miz Laura also had some profanity-laced abuse reserved for gun-owners and conservative talk-show hosts.  Miz Laura disappeared from the airwaves for a little while, but came right back to keep covering politics with Travis like nothing ever happened.  (It’s amazing that Republicans continue to do interviews with, um, *her.*)

Where was all the self-righteousness?

We don’t know the full Pelosi story yet.  Let’s get the details before passing judgement.  It’s clear the suspect is far from being a Trump fan, so Travis and Colin and the rest of their crowd need to cease with that line of spin.

Getting hit in the head with a hammer is awful.  I have sympathy for Pelosi regarding his injuries  (and especially over who he has to share a house with).  In all seriousness, he’s likely seriously damaged for life.

We know, Travis and Colon, you and your friends don’t like Mark Robinson and want to see him fail.  Just tell the truth.  Trolling him for stuff you and your crew do ALL THE TIME is just wrong.