There’s been all kinds of speculation about DOT secretary Tony Tata’s sudden departure from his post.  Some of my well-placed folks 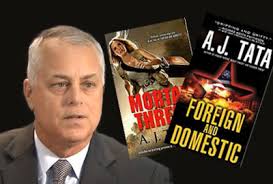 in the capital city tell me that Tata’s split with McCrory was, um. less-than-amicable. A LOT less.

What was the source of this reported tension?  My sources are telling me Tata’s departure was the culmination of a long-running feud with the governor’s office about his writing career and the associated book tours.  Said the source:

“McCrory’s people were clear.  There were to be no book tours.  Tata was insisting on going on the tours to promote his books. This went back and forth and back and forth.  Finally, it reached a point where Tony basically said ‘Screw this. I don’t need this, and I don’t need you.’  And he just picked up and left.”