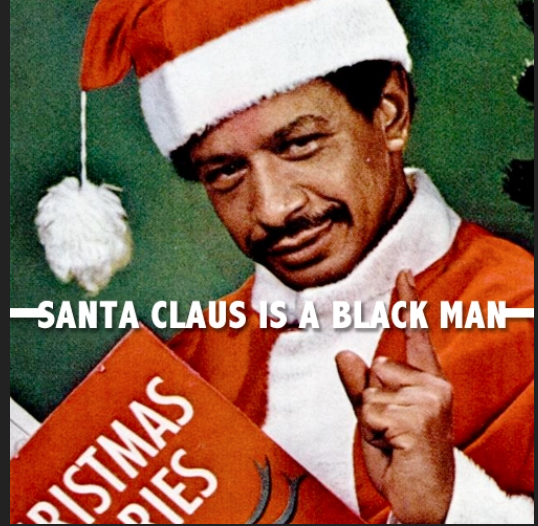 The N&O took time during this holiday season to extol the virtues of a black Santa Claus:

[…] Eight-year-old Sabina Johnson’s eyes shined while she talked up a storm sitting next to Santa Claus for a photo at the Hayti Heritage Center. That’s because this Christmas, she was taking a photo with a special kind of Santa. This one, of course, still sported a red hat, a red coat and a fluffy white beard with a big belt. But this photo was with a Santa who looked like her.

This holiday season, Sabina is one of hundreds of Black children in North Carolina who get to see themselves in one of the most memorable parts of Christmas through the “Santas Just Like Me” photo sessions. The program started in Durham 2013 and has since expanded to other cities. “She’s a dark-skinned African American child in America,” said Meisha Johnson, Sabina’s mother. “She’s very excited about this.”[…]

Sooooooo — I guess MLK’s whole schtick about judging by the content of one’s character and NOT by the color of the skin is out the window, huh? 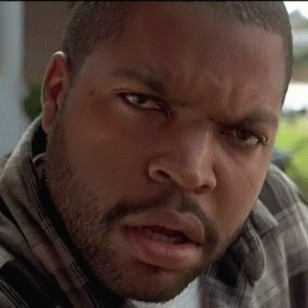 […] On Wednesday, children and parents poured in and out the historic St. Joseph’s AME Church of Hayti, the first day of the photo sessions. Joe Griffin, who goes by Santa Joe while on the job, sat on a soft red chair as part of the pop-up photo studio. Speaking to The News & Observer while chewing on a candy cane, he was surrounded by stained glass windows inside the former church.

“Santa Claus can be anybody,” said Griffin, 68. “I act more silly than probably some of the other Santa Clauses, because I want the children, even the adults to have a good time. I like to make them smile. I like to bring joy to people’s lives. We need it sometimes. We need to laugh.”

Griffin still remembers being asked by “a white guy with a beard” several years ago while grocery shopping if he had ever thought about playing Santa Claus. “It’s a gamechanger,” he said. “I’ve noticed that the (children) are getting more and more diverse every year. That stereotypical ‘This is who Santa is’ is starting to lose its appeal.”

Meisha Johnson and Sabina drove to Durham from Charleston, S.C., for the experience. Sabina wasn’t alone while sitting next to Santa. In her photos, she snuggled her toy poodle, whom she named Shuri, a character in the “Black Panther” films.

Sooooo — we’re going to make a huge deal out of a fictional character who you guys are portraying as black, but won’t be promoting people like Clarence Thomas, Herman Cain, Larry Elder, and Ben Carson? 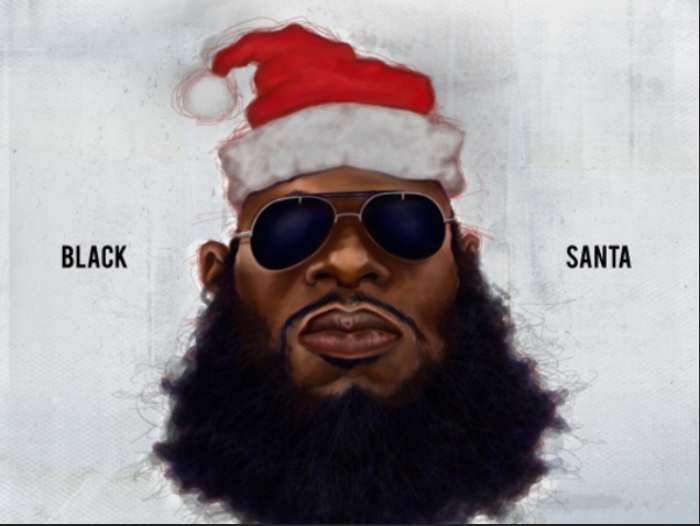 * No, it’s much more fun to ignore them or label them ‘Uncle Toms’ — because they dared to get formal education, work hard and succeed, and be nice to white folks.* 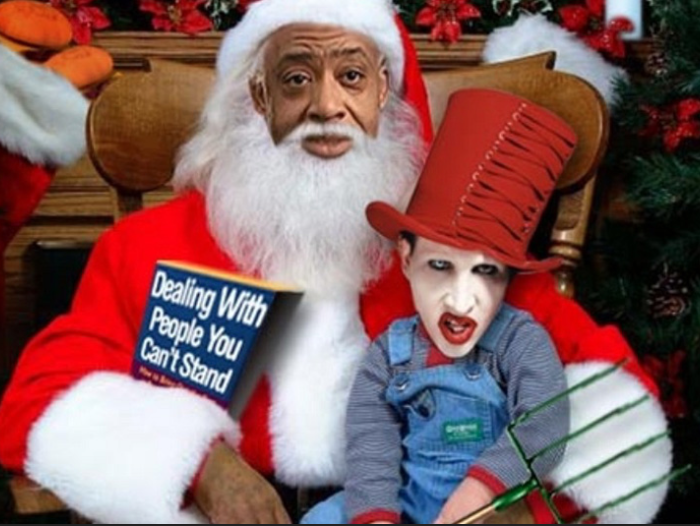 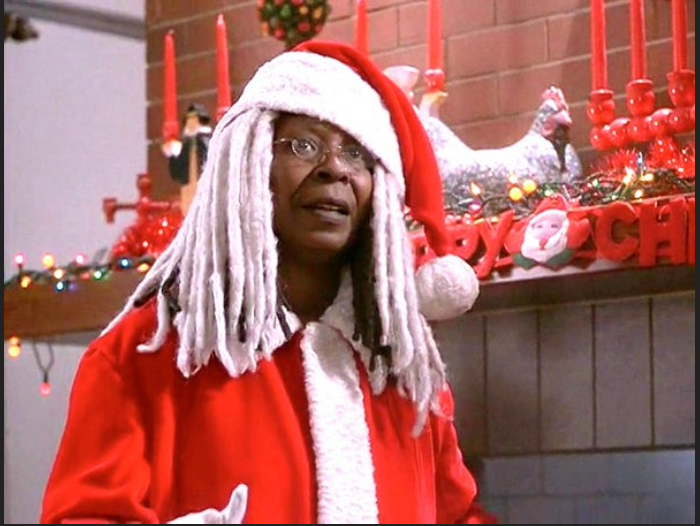 *”My country is 70 percent white, but the NBA and the NFL are north of 70 percent black.  I want professional sports teams in my country to look like my country.”*

How is what is being celebrated in this article any different from any of that?

(Never mind that they are fixated on a fictional character in a poem written more than 100 years ago that actually has NOTHING to do with the real meaning of Christmas.)

This is the same kind of thing Hollywood does when. they insert female and black actors into scenes or films even if historical accuracy or common sense is sacrificed.  Don’t you love the, um, *realism* of one 125-lbs female beating up several 200 lbs.-plus men?

I remember recently watching a movie where a black actor played a British cop in an era well before slavery was ended in the UK.  In reality, there would not have been a black cop there at that time.  But, to libs,  changes will be made for the purposes of “self-esteem” or earning brownie points with protected “oppressed” groups. 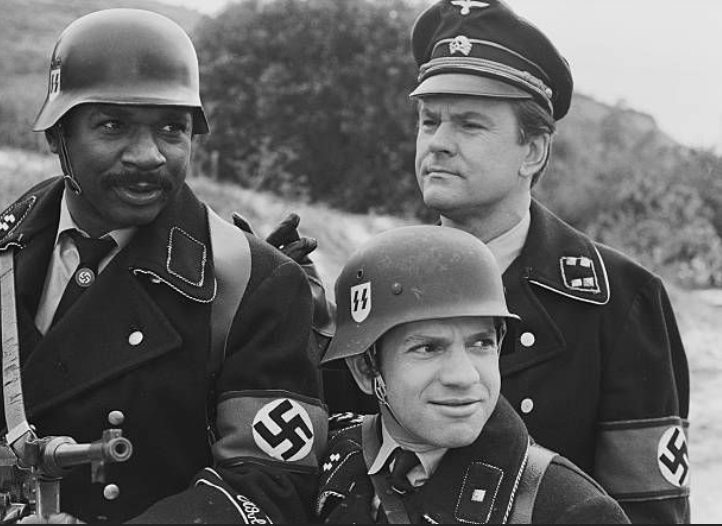 Hogan’s Heroes, a comedy in the 1960s, often mocked this whole idea.  They had a main character, who happened to be black, regularly dressed in Nazi disguises and going unnoticed by the Nazis in the show. (The show also featured a number of real-life Jewish actors portraying the bumbling Nazi bad guys.)

[…] Other families also came from out of town, like Adria Miles and her husband, Chris Golden, who live in Greensboro. It was the second time they brought their camera-shy toddler, Bryson, to see Saint Nick with Santas Just Like Me to take photos for the holidays.

“My favorite thing about it is that it’s available, period,” said Miles. “That you have an option of whatever you want your Santa to look like for your kid. Fortunately, (my son) doesn’t care yet … but I do.”

Mrs. Miles’s kid has the right attitude.  Maybe she and her husband can learn from it.

This article illustrates the whole idea behind Critical Race Theory and Diversity, Equity, and Inclusion:  Identify the “oppressed” group and the “oppressors”. Then, do all you can to keep the “oppressed” angry and defiant and focused on meaningless factors like skin color.

If everybody comes together and works hard to make things the best they can be, socialism loses.  And these people just can’t have that …