When even the title of the legislation is a lie, you know the politicians are trying to saddle us with a BIG mess.  Here’s the take on the IRA by The Wharton School of Business:

So, we’re not REALLY reducing inflation, now are we?

Democrats were giddy with excitement as they shoved this monstrosity through Congress:

“The legislation before us today is a big deal for American families and a big deal for our planet,” he said. “The Inflation Reduction Act will lower health care and energy costs for working families. This legislation finally makes the wealthiest corporations start paying their fair share in taxes, and it ensures that rich tax cheats start paying what they owe.”

Yarmuth said that the bill was fiscally responsible, fully paid-for, and had been endorsed by top U.S. economists.

“Not one American family making less than $400,000 per year will see their federal tax bill increased by this legislation—not by a penny,” Yarmuth insisted. However, some critics of the legislation have described this oft-repeated claim as misleading, saying that it ignores the trickle-down effects that raising corporate taxes will have on consumer prices and wages.[…]

Spending more money is exactly the opposite of what you want to do if you seek to tamp down inflation.  Same for growing government:

[…]The Inflation Reduction Act is aimed at tackling a host of problems, from climate change to catching tax cheats, but there’s one issue it may not solve: reducing inflation.

That’s the conclusion of the Penn Wharton Budget Model, a group of economists and data scientists at University of Pennsylvania who analyze public policies to predict their economic and fiscal impacts. Its analysis, published Friday, comes as inflation remains near a 40-year high, crimping the budgets of consumers and businesses alike.

The Inflation Reduction Act would invest nearly $400 billion in energy security and climate change proposals, aimed at reducing carbon emissions by approximately 40% by 2030. It also would allow Medicare to negotiate with drugmakers on prescription prices, and would limit out-of-pocket drug expenses for seniors to $2,000 annually. The bill also directs $80 billion in funding to the IRS, aimed at helping the underfunded agency hire more auditors and beef up its customer service and technology. […]

I love how these people promise we’ll see results in 10, 20,30,40 or 50 years.  They’ll be gone to some other mischief or dead by then.  Who will be around to blame when it finally becomes apparent that all of these claims were little more than B.S.? 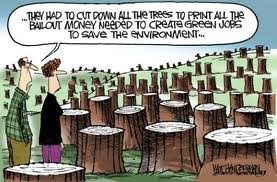 It’s hard enough to get voters to remember something for TWO years — much less remember who is “representing” them.  Career politicians are counting on that trend to continue.

4 thoughts on “Bend Over. Here It Comes Again: ”The Inflation Reduction Act””