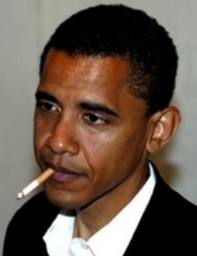 The UK’s “Daily Mail” has the story:

For decades, Democrats have been losing more and more blue collar whites. Their alienation helped lead to the massive Republican wave in 2010, when the GOP wooed 30 percent more of them than the Democrats could.

Democratic strategists say President Obama is focusing his attention, instead, on poor black and Hispanic voters and educated white professionals.

Abandoned: President Barack Obama has been focusing on Hispanic voters and educated whites instead of working-class white Americans

‘All pretense of trying to win a majority of the white working class has been effectively jettisoned in favor of cementing a center-left coalition made up, on the one hand, of voters who have gotten ahead on the basis of educational attainment… and a second, substantial constituency of lower-income voters who are disproportionately African-American and Hispanic,’ longtime political reporter Thomas B. Edsall wrote in an opinion piece in the New York Times.

‘The 2012 approach treats white voters without college degrees as an unattainable cohort,’ he writes later.

The Obama campaign has not explicitly announced this strategy. However, strategists point to it as the likely path of the president’s victory, given demographic data from previous elections.

Since Franklin Delano Roosevelt, Democrats have relied on white working-class voters as a key part of the population that carried them to victory.

New direction: President Obama visited a heavily Hispanic part of Denver on a recent visit to Colorado to pitch his jobs bill

Ruy Teixeira, a strategist at the liberal Center for American Progress, wrote in 1995 that if President Clinton couldn’t win white blue collar workers, his re-election bid would be doomed.

Fast forward 15 years and Tiexeria has made an about-face: ‘The Republican Party has become the party of the white working class,’ he told the New York Times recently.

However, he warns that losing whites without college degrees altogether would be disastrous. There simply are not enough college-educated whites, Hispanics and blacks who will make a Democratic majority.

President Obama can still get away with losing white Americans by 17 percent, as Senator John Kerry did in his 2004 defeat against President George W. Bush, Tiexeria says.

New landscape: The 2008 electoral map (pictured here) will be different in 2012. President Obama is not counting on winning Indiana or Ohio, but plans to keep Virginia, North Carolina and Colorado.

The new coalition President Obama is putting together potentially relies less on middle Americans than either Sen Kerry or Vice President Al Gore in 2000.

Instead, as two Democratic strategists lay out, the president’s 2012 re-election campaign will likely rely on winning over new ‘young people, Hispanics, unmarried women and affluent suburbanites.’

This means President Obama is leaving aside industrial states like Ohio and Indiana, both of which he won in 2008. Instead, he is courting states like North Carolina, Virginia, New Hampshire and Colorado.

All of the states have large populations of well-educated, white collar white professionals.

States like Ohio and Indiana, which President Obama claimed in 2008, are likely out of the question in 2012, strategists say, because they have fewer minorities and more blue collar white workers.