That’s the ruling from the veteran parliamentarian of the Buncombe County GOP:

TO:
Executive Committee Members of the NCGOP 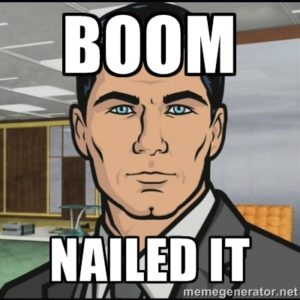 I question the validity of this meeting for the following reasons:

1. The Chairman against whom charges have been made cannot be present to defend himself as he will be out of the country. Prior notice of this out-of-the country commitment was given by the Chairman January, 2016.

2. Prior notice of this meeting to Chairman Harnett by registered mail has not been received in a timely manner as is required.

I question the proposed Agenda.

I can find nowhere in the NCOP Plan of Organization where the Executive Committee has the authority to either appoint or elect the NCGOP Party Chairman.

Therefore, I recommend that this meeting be cancelled.

For the record, Mrs. Alderfer has served nine different county chairmen in Buncombe County and has served her county’s district convention numerous times.  *Sounds like the lady MIGHT know what she’s talking about.*

25 thoughts on “April 30 mutiny meeting ruled OUT OF ORDER”