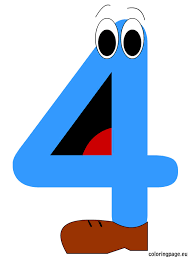 Robin Hayes’s surprise announcement of his abandonment of a reelection bid as NCGOP chairman has set off a wave of skullduggery, double-crossing and back-stabbing not seen in politics since that whole Ides of March unpleasantness. 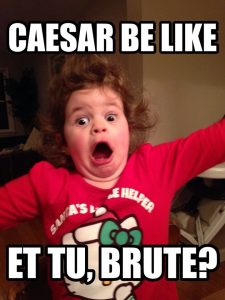 Hayes — not seen in public since falling down and going BOOM at the recent Cabarrus County GOP convention — announced his withdrawal from the reelection campaign in a  release today, citing issues with, um, “mobility.”

We’re told that the letter began as a resignation and a pledge to endorse “another candidate.”  By the time the politicos in Raleigh got their hands on it, it became an agreement to move on to other things after the June state convention.

Now, cue the back-stabbing.  (If only state Republicans could be this vicious and cut-throat toward Democrats.)

What HAD been a two person race — a rematch of the 2017 contest between Hayes and Lee County GOP chairman Jim Womack – is growing into a foursome ( a menáge à quatre, if you will).

Party attorney John Lewis is abandoning his bid for vice-chairman and instead seeking the chairmanship.  (Here’s a voicemail to prove it.)

Former Union County GOP chairman Dan Barry is reportedly preparing to jump into the chairman’s race.  Party sources have told us Barry had told them “business considerations” were keeping him from running for chairman.  Barry has been reportedly talking down a chairman run all over the place.  Sources close to Hayes challenger Jim Womack said they have had discussions with Barry about his role in a Womack-run NCGOP organization.  Those same sources even released a text message, reportedly from Barry TO Womack, reportedly stating Barry’s intentions:

Contestant #4 appears to be Michael Whatley,  an energy lobbyist from Gaston County (also home to congressman Patrick McHenry AND 2015 chairman candidate Craig Collins).    Whatley served as a representative for the Trump campaign in North Carolina during the 2016 election.

Former NCGOP vice-chairman, and current congressional candidate Michele Nix has reportedly been promoting Whatley as a prospect for chairman via telephone to her contacts all over the state.

Nix’s congressional campaign consultant, Johnny Shull, has also been  frequently seen in the company of Whatley at NCGOP events across the state.   If Shull is backing a Whatley run, it would be quite a Machiavellian move.  Sources close to the Womack campaign tell us Shull had reached an agreement to be the new NCGOP executive director in a Womack-run NCGOP organization.

9 thoughts on “And then there were FOUR!”