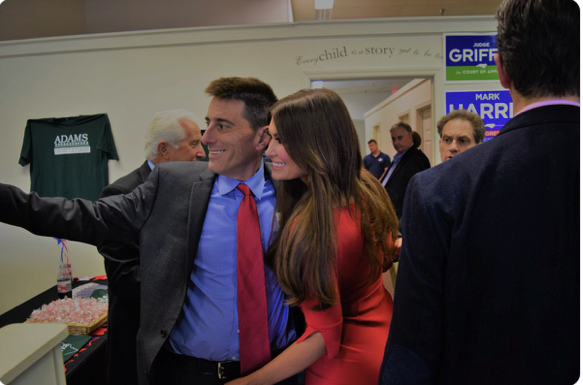 The six-figure salaried frat boys at NCGOP HQ are already taking to social media to try and make lemonade out of Tuesday’s lemons: 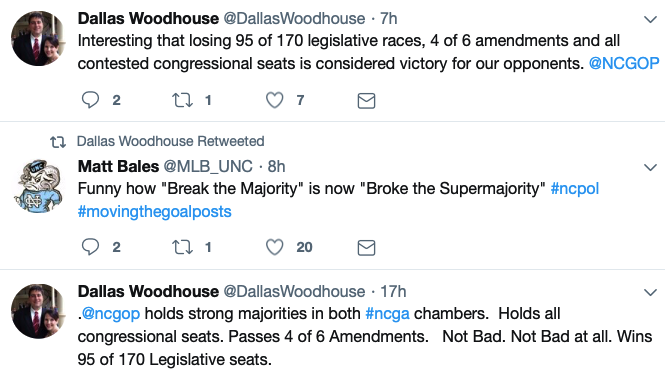 Let’s see.  When Dallas The Boy Wonder and his Grandpa got installed via coup at NCGOP

It takes an infinite amount of gall to spin a finish with LESS than what you started with as a SUCCESS.  (But look who we’re talking about.)

The loss of the super-majorities means Roy Cooper can now run wild with his veto on any and all conservative policies that pass the General Assembly.  Now, after three years of Dallas, we have high courts loaded with leftist ideologues ready to declare the recognition of only two genders as unconstitutional bigotry.

How is this a success?  Please explain, Boy Wonder.

At this rate, with Dallas running the show, the NCGOP will have ZERO footprint in state government when the smoke clears in 2020.

If Dallas and his pals had ANY SHAME, they’d resign and quietly go away in the wake of Tuesday’s performance.  (But, sadly, there is no shame to be found anywhere in that crowd.) 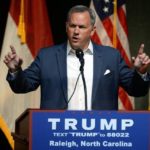 It’s time to clear the kids out of NCGOP HQ and bring in some pros who actually HAVE A CLUE.