With the passage of the recent Omnibus travesty, word leaked out that the legislation could QUADRUPLE the amount of guest worker visas issued  per year.  Our buddy and friend Thom Tillis teamed up with Maryland’s Babs Mikulski in the US Senate to make it all happen.

There is a geat investigative piece on the liberal site Buzzfeed that details how this visa program regularly gets abused by American employers:

MOULTRIE, Georgia — “All you black American people, f— you all…just go to the office and pick up your check,” the supervisor at Hamilton Growers told workers during a mass layoff in June 2009.

The following season, according to a lawsuit filed by the Equal Employment Opportunity Commission, about 80 workers, many of them black, were simply told: “All you Americans are fired.”

Year after year, Hamilton Growers, which has supplied squash, cucumbers, and other produce to Wal-Mart and the Green Giant brand, hired scores of Americans, only to cast off many of them within weeks, according to the U.S. government. And time after time, the grower filled the jobs with foreign guest workers instead.

Although Hamilton Growers eventually agreed to pay half a million dollars to settle the suit, company officials said the allegations are baseless. Mass firings never happened, they said, nor did anyone use racially inflammatory language. But workers tell a different story.

“We want to go to work and work all day,” said Derrick Green, 32, a father of six who said he was fired by Hamilton Growers in 2012 after only three weeks picking squash. “But they don’t want that.”

Last year, thousands of American companies won permission to bring a total of more than 150,000 people into the country as legal guest workers for unskilled jobs, under a federal program that grants them temporary work permits known as H-2 visas. Officially, the guest workers were invited here to fill positions no Americans want: The program is notsupposed to deprive any American of a job, and before a company wins approval for a single H-2 visa, it must attest that it has already made every effort to hire domestically. Many companies abide by the law and make good-faith efforts to employ Americans. 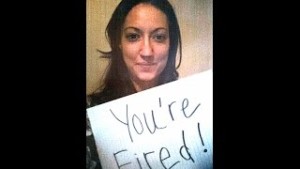 Yet a BuzzFeed News investigation, based on Labor Department records, court filings, more than 100 interviews, inspector general reports, and analyses of state and federal data, has found that many businesses go to extraordinary lengths to skirt the law, deliberately denying jobs to American workers so they can hire foreign workers on H-2 visas instead.

A previous BuzzFeed News report found that many of those foreign workers suffer a nightmare of abuse, deprived of their fair pay, imprisoned, starved, beaten, sexually assaulted, or threatened with deportation if they dare complain.

At the same time, companies across the country in a variety of industries have made it all but impossible for U.S. workers to learn about job openings that they are supposed to be given first crack at. When workers do find out, they are discouraged from applying. And if, against all odds, Americans actually get hired, they often are treated worse and paid less than foreign workers doing the same job, in order to drive the Americans to quit. Sometimes, as the government alleged happened at Hamilton Growers, employers comply with regulations by hiring Americans only to fire them en masse and hand over the work to foreign workers with H-2 visas.

What’s more, companies often do this with the complicity of government officials, records show. State and federal authorities have allowed companies to violate the spirit — and often the letter — of the law with bogus recruitment efforts that are clearly designed to keep Americans off the payroll. And when regulators are alerted to potential problems, the response is often ineffectual.

Some may try to apply libertarian arguments to all this.  Let people hire who they want to hire.  Actually, this is NOT the free market in action.  It is the government manipulating the market — by bringing in all of these poor people from impoverished countries to work –and driving down wages.   (Getting paid $2 American per hour is like winning the lottery for a Jamaican.  For an American, it’s undoable, unless you are a waiter or a waitress ALSO raking in huge, honkin’ tips.)

For what it’s worth, the federal government’s Office of Foreign Labor Certificiation shows Florida, Texas, and North Carolina having the most guest worker visas certified in 2014.

The Buzzfeed piece offers up examples where American applicants are being told they need to not bother applying:

The H-2 visa was created to address shortages in the American workforce. Although labor is indeed tight in some areas — such as North Dakota, where an oil boom has driven unemployment below 3% — there is little evidence of labor shortages in many industries that use the visas. In some cases, there is even a glut of available workers.

Landscaping companies, for example, were approved for more than 30,000 H-2 visas in the 2014 fiscal year. Yet Daniel Costa, a researcher at the Economic Policy Institute, which receives some funding from unions, found that over the same period, unemployment in landscaping was more than twice as high as the national average.

“The problem with the system is that the H-2 workers who are coming in are not tied to actual, demonstrated labor shortages,” Costa said.

Companies that have difficulty finding American workers could attract more applicants by offering higher wages. But instead of encouraging or even subsidizing that, the government’s H-2 program effectively subsidizes the opposite effort — helping companies find pliant foreign labor, often at the expense of American workers.

In the last five years, the number of H-2 visas issued by the State Department, which administers the program along with the Department of Homeland Security and the Labor Department, has surged by more than 50%.

Bills in Congress to expand the guest worker program have won support from both Democrats and Republicans in recent years. Business groups such as the Chamber of Commerce have lobbied for as many as 400,000 additional H-2 visas per year. But the issue has been overshadowed by larger debates over the legal status of millions of undocumented immigrants.

Around the country, lawyers and labor brokers actively promote the H-2 program as a way to boost profit margins. Usafarmlabor, a labor broker serving the agricultural industry, until this month bluntly stated on its site: “Our workers actually save you money each month in a comparison with U.S. workers.” 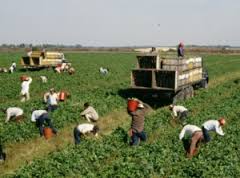 Employers who use the H-2 program note that it entails numerous added costs, including visa fees and transportation, as well as compliance with complex rules. It requires that most workers be paid above minimum wage, sometimes substantially so.

But the guest worker program also offers numerous financial incentives. Agricultural employers are exempt from payroll and unemployment taxes on H-2 workers, for example; nonagricultural employers do not have to provide housing, but if they do they are allowed to charge their workers rent, which is sometimes extortionate.

Foreign laborers usually live at the job site, available to work at any time. They typically come alone, without families or other distractions that could cause them to miss work. The terms of their visas prohibit them from taking other jobs, so they have almost no leverage when it comes to wages or working conditions. And since they often come from abject poverty in their home countries, many visa holders put up with difficult or even backbreaking conditions without complaint to ensure they are invited to return the next year.

7 thoughts on “‘All you Americans are FIRED.’”