‘Twas the night before Christmas, and all through Haymaker HQ 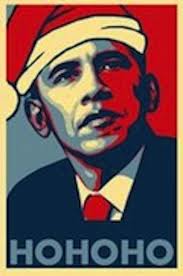 News was a little slow – so we needed something to do.

One minion spoke up and said “Hey boss, let’s review.’’

Republicans took over in Raleigh.  Democrats were in charge of stuff less and less

Suddenly, the mainstream media and the lefties got interested in “government excess”.

Our state has been facing record unemployment, so many – in the morn’  — were going nowhere

Then, our junior US senator said  “Here, sign up for some ObamaCare.’’

Policies got cancelled.  Full-time employment ground to a halt.

Last time we checked, on the senate floor, Blue Cross did not have a vote,

Yet the campaign checks have been cashed, and SOMEONE has to be the scapegoat.

Renee Ellmers is the luckiest person on the planet, in our view

She got her ticket punched to DC only because Bobby “boom-boom’ got filmed asking “Who are you?’’

“John Boehner is my boss,’’ she declared, and “you can’t just take away a law you don’t like.’’

While spouting such wisdom, Renee voted FOR each and every spending hike.

Ol’ Kay is up for reelection next year, and a crowd of Republicans is gathering for a fight

The GOP has Thom Tillis repping the establishment, and Brannon, Harris, Grant and Flynn on the right

Theam Thom says “He’s electable.  He’s smart.   We can’t live without him.  He gave us a GOP majority in Raleigh.  We need to vote for him again. ‘’

Never mind that polling shows him as the only Republican losing to Kay Hagan.

He says this while running around scooping up lobbyist cash with Karl Rove — the father of amnesty, bank bailouts and NO Child Left Behind.

This blog is like road-kill, ol’ Thom was reported to say

(We’ll see who looks like roadkill, after the votes are counted on election day.)

Yes, our state and our nation are facing a tough time, like we have before now and then

So, in this special season,  please don’t forget

Have fun, enjoy family, do nice things for others, keep your nose clean,

So, as I climb into my gas-guzzling SUV and drive out of sight,

I want to wish you all a very Merry Christmas – FROM THE RIGHT.