And the hits keep coming for the powers-that-be on Jones Street: 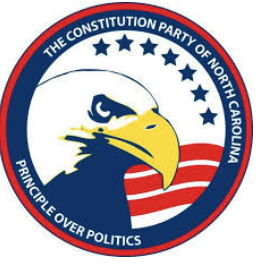 For the second time this month, a new state law targeting individual candidates running for office this November has been found unconstitutional.

The state’s newly formed Constitution Party and three of its candidates won a victory in federal court Wednesday morning, when a judge ruled that they must be on the ballot this fall despite a law that the state legislature passed earlier this summer taking their names off the ballot.[…]

It remains to be seen if officials at the N.C. Board of Elections and Ethics Enforcement, who were on the losing end of the Constitution Party case Wednesday, will also appeal.

In that case, all three of the candidates had launched failed bids to enter state or local politics earlier this year, losing in this spring’s primary races. Two lost in Republican primaries and one lost in a Democratic primary, according to NC Policy Watch.

The Constitution Party has been a landing spot for conservatives dissatisfied with the Republican Party, similar to how the Green Party — which also became officially recognized in North Carolina this year — has attracted liberals dissatisfied with the Democratic Party. Among the main tenets on the Constitution Party’s official website are “sanctity of life,” “traditional family,” “pro-Second Amendment” and “anti-Socialism.”

People would normally be stopped from doing that because of what’s colloquially known as a “sore loser” law, but in this case, because they had joined a new party that just came into existence, federal district court Judge Louise Flanagan ruled, they couldn’t be stopped from running.

The N.C. General Assembly had tried to do just that, passing a new law this June — just days after the Constitution Party became officially recognized — to prevent people who lost in primary elections from running for office as Constitution Party candidates.

Flanagan wrote that she was not questioning the right of the legislature to have “sore loser” laws in general, but that in this case, “the concern is not about the legislator’s ability to enact prospective sore loser laws but the retroactive application and impact of this law on plaintiffs’ rights.”

Flanagan went on to say that not only did the new law violate the constitutional rights of the party and its candidates but also that the state’s defense “offered no argument or evidence of injury to the rights of voters or the state of North Carolina.”

She wrote that the state attempted to argue there could be harm because this ruling might delay the printing of ballots, but that she didn’t buy that defense. In large part, that’s because other recent losses in court for the General Assembly and state government — the Anglin case and a separate ruling striking two of six proposed constitutional amendments from the ballot — have already delayed the ballot printing until they, too, can be wrapped up.

Flanagan wrote that “because of those other suits, and the temporary restraining orders and preliminary injunctions issued in those suits, defendant has not begun the process of preparation and therefore has not suffered prejudice by plaintiffs’ delay.”