You post an innocuous piece of pro-Trump propaganda and get blasted with 345 (and counting) nasty comments.  A handful of them appear to be liberals.  But quite a few look and sound like betrayed supporters.   Let’s go to Facebook, shall we? :

Continue to support the plan  to build the wall?  Hmm — it seems like just yesterday he was on TV saying we don’t need no steenkin’ wall!

Wait.  There was more sweet talk for the big TT: 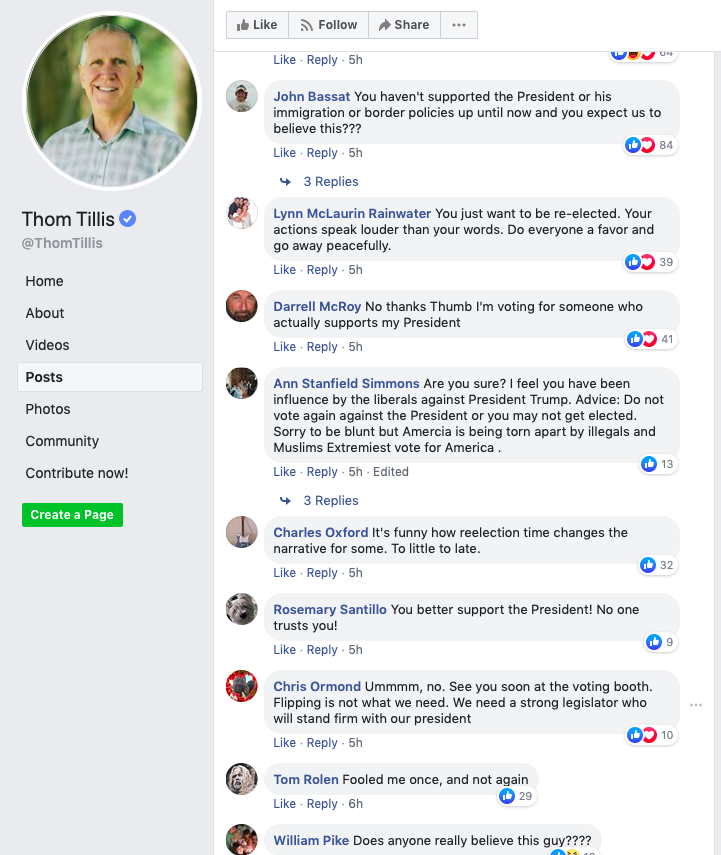 And it keeps getting, um, “sweeter”:

Is it Valentine’s Day?  I swear, it seems like LOVE is in the air: 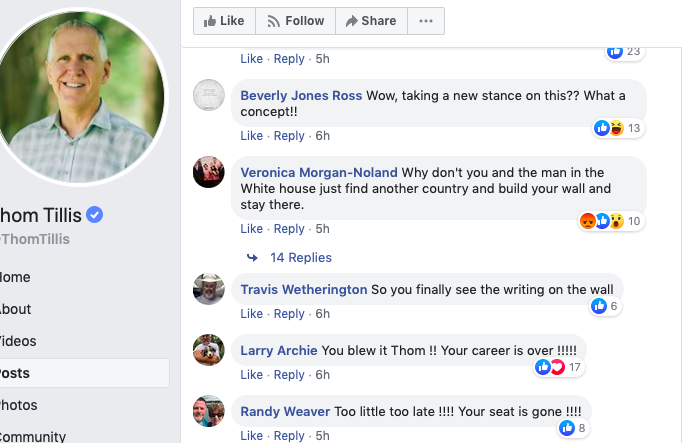 What’s a North Meck snake-oil salesman to do?  Robin Hayes and Mark Harris aren’t available to split the conservative vote in THIS YEAR’S Senate primary. And, despite all that “help” in the 2014 primary,  Tilli$$$ STILL barely made it past the Pizza Guy and the despised Kay Hagan.

Splitting the vote is about the only way Tilli$$ makes it out of the primary.   Maybe the troglodytes at the NRSC have something up their hairy sleeves to save him.  (Let’s hope not.)

I doubt there will be the nose-holding by conservatives to save him in the 2020 general that there was in 2014.