As conservatives, we’re used to being lectured by those “compassionate” and “tolerant” folks on the port side of the political spectrum about how we need to stop being so mean.  It’s funny.  Some of the meanest, nastiest, most vile language I hear in political discussions tends to come from those very same left-wing “compassion” peddlers.

As an example, let’s look back at this week’s hearing on the state’s proposed fracking rules held in Sanford.  The state board overseeing the drafting of fracking rules is bipartisan and has been coming to a lot of consensus decisions. The crowd at the four-hour hearing in Sanford was estimated at about 500 people.  Roughly 14 of the speakers in that four hour period actually addressed the proposed rules.  Most of the anti-speakers said “rational” things along the lines of “How dare you try to kill my babies!”

The drive-by media does its best to portray fracking opponents as serious-minded parents scared for the livelihood and welfare of their children.  (You may have a few of those mixed into the anti-fracking crowd — scared to death by a bunch of leftist propaganda.) The drive-bys pilloried state fracking chairman — and Lee County commissioner — Jim Womack for threatening to cancel the Sanford hearing if security was not tightened.

Did Womack have a point?  Well, read the following *warm fuzzy* from a fracking opponent and judge for yourself: 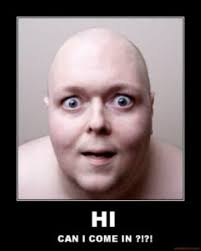 loved ones. People like you, Jimmy Boy, are guilty of treason under God and

are DIRECTLY responsible for promoting an agenda of lies regarding FRACKING.

brave enough, and unlike you, intelligent enough to point out the extreme

risks of FRACKING. Ask yourself, Jimmy Boy, if God thinks it is ok for you

EDEN, but to use FASCIST tactics to block American’s rights to protest your

ASSININE actions. JIM, I hope you ROT IN HELL LIKE THE MAGGOT YOU ARE.

Feel the love.  Feel the compassion.  Yep, we could all learn a lot about loving our fellow man from guys like this. Well, Mr. Womack responded to this person with a lot more diplomacy than I would have:

I take it from your note that you are opposed to shale energy development.

constructive commentary on the rules that have been developed.

I appreciate the fact you invoke the name of God into this matter, as I too

believe in the God of the Universe and His Son, Jesus..   However, I don’t

cancer on another human being.  Perhaps you should contemplate that next

time you communicate with another believer.  Moreover, the God I know

doesn’t condemn souls to hell for their sins, so long as they know Him, love

Him and make an effort to show their love for Him.  Grace through faith, my

friend, is how we earn eternal life in Heaven.  So rest assured, I will not

rot in hell.  I pray you will not either.   If you want to know more about

the one true God, feel free to contact me again and I’ll be glad to walk you

through the plan of salvation.

And you wonder why more people aren’t jumping at the chance to offer up their expertise to serve their fellow citizens.