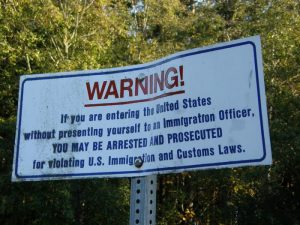 Foreigners are imported to America for the purpose of providing cheap labor and / or entertainment for wealthy business interests.  You’d think we’re talking about colonial or pre-Civil War America.  But no, we’re talking modern-day America.

We hear a lot about keeping parents and children together.  We hear a lot about providing opportunity to folks who are oppressed in their homelands. (Never mind that said folks pass through five or six other countries to reach ours.)

Never mind that groups like The Chamber of Commerce and The Farm Bureau  — two groups that would benefit greatly from the aforementioned “cheap” labor — are leading the pro-amnesty / open borders fight. 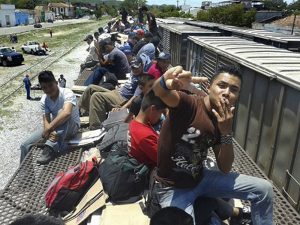 The Open Borders crowd is upping the ante by calling for the abolition of ICE. Before we get too excited and do THAT, let’s check out what ICE accomplished recently in Charlotte:

Evelyn Mack has pleaded guilty to federal charges of using her small private school next to East Mecklenburg High to falsely enroll foreign teens who were being sought by basketball recruiters and coaches.[…]

I hope the names and affiliations of these recruiters and coaches are made public. MORE:

[…] Mack, who has run the school on Monroe Road since 2000, pleaded guilty this week to a felony charge of concealing, harboring or shielding unlawful aliens. She has not yet been sentenced. She faces up to 10 years in prison and is out on bond.

A federal indictment says Mack took about $1,000 per student from athletic recruiters to falsely represent about 75 foreign teens as students in Evelyn Mack Academy, which was authorized to enroll high school students under F1 visas. It says she entered false information into the Department of Homeland Security’s computerized tracking system, allowing them to avoid detection by the Immigration and Customs Enforcement agency, known as ICE.[…]

Hmm.  Wheeling and dealing and trading foreigners like they are cattle or some other commodity.  Sound familiar to anybody?
MORE:

[…] No details were provided on other cases, but the indictment says that Mack “falsely represented that approximately 75 aliens were full-time students” at Evelyn Mack Academy. 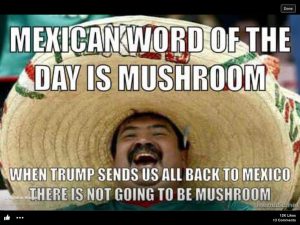 […] In 2016-17, state records show the academy received $25,200 in state money through the Opportunity Scholarship program that provides vouchers for low-income students to attend private schools.

The school does not appear in more recent directories or voucher reports. Court records show authorities issued an arrest warrant for Mack in February and she turned herself in March 2.[…]

Let’s call all of this what it really is — Human Trafficking.  From the smugglers

who sneak them across the border, to the sleaze bags who deal with those same smugglers, make a killing off the smuggled “labor” while paying them peanuts (if that), to the corrupt “recruiters” serving those “one-and-done” basketball factories throughout the country.  Spare me the crocodile tears about keeping mamas and babies together, or helping people flee “oppression.”
Some very low-integrity, ethically-challenged people are making a financial killing, and harming our national security with this open-borders, amnesty nonsense.
ICE is not the problem. People who create the demand for all of these illegals are.  Politicians bought and paid for by those same corrupt interests who create this demand are TOO.