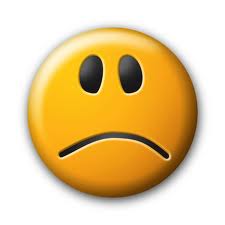 We spend a lot of time griping about the sorry state of the NCGOP and the NC Dems.  But those two organizations are looking great when compared to the state’s Libertarian and Constitution parties.

The Libertarian Party of North Carolina hasn’t come much further than the state it was in when co-founded in 1976 by Art Pope. (Yep, THAT Art Pope.)

Small-L  libertarianism has always been about opposing Big Government, government handouts, and that kind of thing.   Conventional wisdom has always been that Libertarians steal votes from Republicans.  But after listening to Libertarian Party candidate Sean Haugh, who ran against Kay Hagan and Thom Tillis in 2014, I’m convinced the LP has been taken over by hardcore leftists.  Folks who think the Democrats are too moderate.  A case can honestly be made that Haugh did more damage to Hagan than he did to Tillis in that close election.

Year after year, we get a smattering of LP candidates filing for a smattering of races.  Basically, their campaign consists of little  more than filing.  Sometimes, they get into candidate debates.  But there’s no serious sales pitch to the voters at large.

Why run if you’re not seriously trying to win?

Only about a dozen people showed up.  Only 8 stayed for the election of the Executive Committee after lunch.  The only substantive business was the “ratification” of the hand-picked Executive Committee.  Most of the time was spent listening to the candidates who lost last Tuesday.
They vetoed any consideration of how to avoid siphoning off votes from Dan Forest.  No interest at all in getting legislation that would allow two parties to nominate the same candidate.
In my opinion this effort is doomed.  They don’t have a clue how to organize  and no clue what they are doing politically.
Will watch from afar.  Not worth driving  hours to participate.
I’m very disappointed.  I would have liked to have seen them succeed in becoming a viable third party.  Ain’t gonna happen.
What a mess.

The platforms of these two parties aren’t being marketed.  Most voters don’t know much about them.  Their candidates are often protest place-holders.  In a close race, they can siphon off a percentage point or two and throw it to one side or another.

The two major parties CAN offset some of that by upgrading their offerings to us, the voters.

If the objective is vandalism, these two third parties are succeeding.  If the objective is selling a different message to voters tired of being bamboozled and scammed by the two major parties, they’ve got a LOOOOOOOOONG way to go.