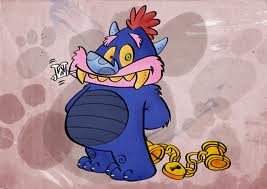 Every day I am more convinced that lawyers are leading the decline and fall of western civilization.  They are in front of Congress claiming James Madison and Thomas Jefferson wanted birth control to be a constitutional right.  In Fayetteville, they are trying to tie the hands of police who are trying to stem the out-of-control wave of violent crime in that city.  They’ve made contracts a joke in this state.  (Try to collect from someone who reneges on a signed agreement to pay you money.) With this horrid Racial Justice Act, the trial lawyers are basically ending capital punishment in North Carolina.

One of Bev’s many outrages in office was vetoing efforts by the conservative majority in the General Assembly to repeal the RJA.  Tara Servatius, a blogger with The John Locke Foundation, put together a great post to remind us of what is really at stake in this particular political clash:

[…] By now you’ve probably seen death row inmate Danny Hembree Jr.’s mug jeering at you on national TV, as he laughs at the North Carolina death penalty system. People around the country are watching aghast as Hembree mocksthe inability of the state justice system to carry out his death sentence. In a letter to the Gaston Gazette, he wrote this:

Is the public aware that the chances of my lawful murder taking place in the  next 20 years if ever are very slim?” Hembree asked. “Is the public aware that I  am a gentleman of leisure, watching color TV in the a/c, reading, taking naps at  will, eating three well-balanced meals a day?” … Kill me if you can, suckers. Ha! Ha! Ha!”

What hasn’t clearly been explained to people is that it is mainly our governor’s veto of the overhaul of the Racial Justice Act that will keep this man alive long after he exhausts his traditional appeals and the state resolves its other issues surrounding the death penalty, which have resulted in a temporary moratorium.

As usual, the media largely missed the big story here — namely that it is now essentially impossible to kill Hembree in North Carolina because he murdered a teenager who happened to be white. Thanks to North Carolina’s obscene Racial Justice Act, passed in 2009, killing a white woman has essentially become an act exempt from the death penalty. Why? Because you are more likely to get the death penalty if you kill a white woman than a minority in this state, studies show. Therefore, carrying out the execution would be discriminatory and thus illegal under the RJA.

That Hembree is also white won’t matter. That Hembree is guilty as sin won’t either. Under the RJA, if you can prove statistically that your race or the race of your victim made it more likely that you would get the death penalty, you can get your death sentence reduced to life in prison.

Gaston County District Attorney Locke Bell told the Los Angeles Times that thanks to the Racial Justice Act, Hembree could also use statistics to get out the death penalty and have his death sentence reduced to life in prison in a myriad of other ways:

“Hembree, who is white, could point out that seven of eight death row inmates from Gaston County are white, Bell said. “Statistically, he could argue that Gaston County discriminates against white defendants,” Bell said.

And off death row he goes, just like that, even if he is guilty as sin. It is a sick system that devalues the lives of murder victims, placing more emphasis on the color of their skin and that of their killers than in protecting the public or punishing the guilty.

It’s clear that Hembree, who was sentenced to death two months ago in Gaston County, intends to use the Racial Justice Act to stay alive. He has already begun building a record of racial prejudice against him, parts of the Gazette article show.

Hembree, who could possibly turn out to be a serial killer, is now attempting to involve the NAACP in two other murder cases he is accused in, those of Randi Dean Saldana, who was white, and Deborah Ratchford, was black.

Along with the suggested editorial, Hembree sent a copy of a three-page  letter that he said he intends to send to the National Association for the  Advancement of Colored People.

In the NAACP letter, Hembree tells of his conviction and pending murder  charges. Hembree suggests that the NAACP get involved because the cases of the  two white women are being tried first.

Catterton and Saldana were each killed in 2009. Ratchford’s body was found in  a Gastonia cemetery in 1992.

In his letter, Hembree says that Gaston County District Attorney Locke Bell  has no intention of taking the Ratchford case to court. Hembree suggests in his  letter that Bell’s intent is racially motivated.

“I implore your great organization to pressure Mr. Bell until he gives Debora  Ratchford her day in court in the interest of justice,” he wrote.

Using the RJA to tie up the courts is a strategy so effective that will likely work to keep Hembree and most of the other killers on the state’s death row alive long after the exhaust their other appeals if it remains in place. In fact, the Racial Justice Act is now so popular, most death row inmates are using it.

Charlotte School of Law Professor Cindy Adcock said it could be ten years, if not longer, before Hembree is up for execution. She said some inmates in North Carolina have been on death row for decades.

“Most of the cases, most of the inmates on death row are being litigated around the racial justice act,” said Adcock. “That will have to be resolved before any case goes forward towards execution.” […]

Some of the worst laws — the worst policy ideas — ever to see the light of day in Raleigh have come from lawyers.  Lawyers in the NCGA pass laws to benefit their colleagues in the defense Bar.  The trial lawyers turn around and get their buddies elected to judgeships.  And the rest of us are expected to sit back and quietly accept our screwing.

Want to save our state?  Get EVERY SINGLE LAWYER out of power.  Replace them with people who live and work in THE REAL WORLD.  Fumigate Raleigh to rid our government of J.D.-bearing cockroaches.