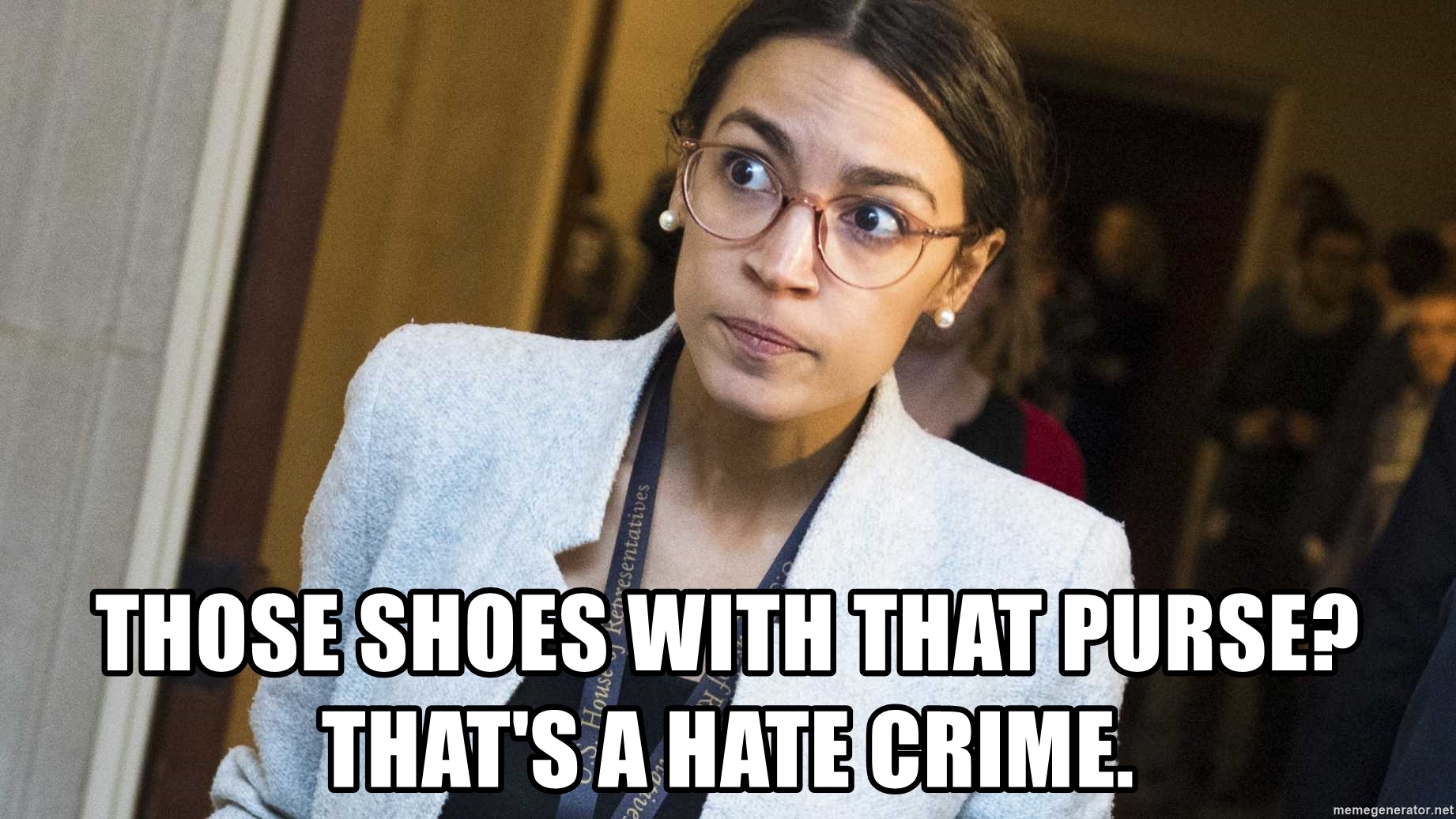 AOC and her crew have had hearings on it.  Lefties on and off university campuses have used this  myth to defend moving (or tearing down) Confederate monuments.

I came across this piece in Reason magazine that shoots all kinds of holes in that spin:

On Wednesday, I testified at a Congressional hearing on the purported rise of hate crimes and white nationalism in recent years. I was formally invited by Rep. Jamie Raskin (D–MD), the chair of the House of Representatives’ subcommittee on civil rights and civil liberties, at the request of the ranking Republican member, Rep. Chip Roy (R–TX).

I was joined by five other experts, including Susan Bro, president of the Heather Heyer Foundation. Bro is the mother of Heather Heyer, who was murdered by a white nationalist at the 2017 Unite the Right rally in Charlottesville. The setup of the hearing was such that Bro and the other panelists were expected to offer testimony that hate crimes were increasing, while I was there to caution against alarmism.

But our prepared remarks and answers to the questions posed by both Republican and Democratic subcommittee members—Reps. Rashida Tlaib (D–Mich.) and Alexandria Ocasio-Cortez (D–NY) among them—quickly revealed areas of agreement between the other panelists and myself. Several of them essentially conceded that the FBI’s hate crime statistics do not, in fact, provide reliable evidence of a significant spike in hate crimes.

Bro—who was credible, well-informed, and extremely friendly—pushed back on one representative’s suggestion that perhaps local municipalities should be compelled by the federal government to report hate crime data. In general, the panelists seemed to understand that not all white nationalist activity can be properly considered something for the authorities to handle, given First Amendment protections for hateful speech.

In my remarks, I tried to get across the point that the alt-right is a small fringe group, and that white nationalists are responsible for a relatively small number of murders relative to the overall violent crime rate. […]

Here is a transcript of the author’s opening remarks to the congressional  committee, which left AOC and her crew stammering and stuttering:

Thank you, Mr. Chairman, Ranking Member Roy, and subcommittee members, for inviting me to speak, and thank you for convening a hearing on such an important subject. I am humbled by this opportunity, not just to testify, but to learn from my fellow panelists.

My name is Robby Soave. I am an editor at Reason magazine and a member of the DC Advisory Committee to the U.S. Commission on Civil Rights. I am also the author of a book titled “Panic Attack: Young Radicals in the Age of Trump,” which is the culmination of years of research on the tactics and goals of the relatively new political activist groups that have emerged on the left and the right, and includes a chapter about the rise of the white nationalist fringe group known as the alt-right. As part of my research, I interviewed alt-right activists and thought leaders, including their nominal leader, Richard Spencer, as part of an attempt to better understand where these ideas come from, and how to combat them.

It is an indisputable fact that white nationalism and white supremacy are pernicious ideologies with a long history of terrorizing communities of color in the United States, and their current manifestation in the form of the alt-right should be confronted and condemned.

However, as we begin our discussion today, I would urge us not to over-estimate the current threat posed by white nationalism. It is all-too easy to give them more attention than they deserve, because the sentiments they express are so abhorrent. But these violent extremists constitute a fringe group. While they are loud online, they are not numerous. Their events are sparsely attended, and when they do organize, they are often vastly outnumbered by counter protesters. Their visibility has decreased since the events in Charlottesville. Indeed, when I interviewed Richard Spencer for my book, he admitted that he didn’t think anything like the Unite the Right Rally would happen again in the foreseeable future.

While it’s important to be aware that there is still hate and violence in this country, some policy makers and media figures have seized on the idea that hate crimes are actually rising. The FBI reported 7,175 crimes in 2017 vs. 6,121 crimes in 2016, which represents a 17 percent increase. But it’s important to note that nearly a thousand additional municipalities submitted data to the federal government in 2017. This means the perceived increase in hate could partly be explained by the fact that we simply have more data. As the agencies involved in submitting data become more concerned with hate crimes, and more responsible about tallying them, the numbers will appear to be going up.

Bear in mind that the total number of hate crimes tallied by the FBI in 1996 was 8,759, from 11,000 agencies. In 2017, with 16,000 agencies reporting, the total was actually lower by 1,600. The overwhelming majority of municipalities reported zero hate crimes. Most incidents were classified as anti-black or anti-Jewish.

Anti-Semitism is a foundational belief of white nationalists and the alt-right, and a recent uptick in anti-Jewish hate would not be surprising. But even here, the numbers do not necessarily support the idea of a full-blown crisis; a survey by the Anti-Defamation League, for instance, noted a 57 percent spike into anti-Semitic incidents in 2017, but this was partly due to a series of bomb threats made against Jewish institutions by a single troubled teenager who lived in Israel.

Although violent acts disproportionately draw our attention, in reality the alt-right’s most prevalent and widespread form of abuse is online harassment, primarily on social media platforms like Facebook and Twitter. Hateful speech, disturbing thought it may be, is in most circumstances protected by the First Amendment, and thus it is not the government’s role to police this behavior, but rather a decision that rests with the social media companies themselves. Law enforcement can and should take action against threats of violence, and of course, violent acts such as those we witnessed at the alt-right gathering in Charlottesville on August 12, 2017.

My goal in bringing a degree of nuance to these facts and figures is not to minimize the real harm extremists have caused, but to discourage the kind of alarmism that can prompt overreaction on the part of authorities. Law enforcement should receive the resources they need to combat violence, threats, and property defacement, whether or not these crimes are motivated by hate, or impugn a specific group.