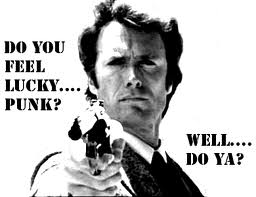 Now that the trial lawyers have lost their stranglehold on Jones Street, crime victims and other law-abiding citizens of North Carolina are getting some relief.  Charlotte’s WBTV had the story on November 30:

It’s called the “Castle Doctrine,” and will allow people to use deadly force when they feel threatened by someone forcing his way into their home, workplace, or vehicle.

“I was ecstatic when I heard it,” said Estelle Morton, who fully supports the new law.

Three years ago, she took on four men who broke into her University area home.

“I didn’t know what to grab, I had nothing,” said Morton, so she grabbed a kitchen knife to stab one of the burglars. One of them fired a gun inside her home, the bullet narrowly missed her.

Morton said while trying to protect herself, she wasn’t thinking about the law. She feared for her safety and acted quickly.

In addition to expanding the territory where victims can use deadly force, the law also removes the expectation to assess the situation. Instead, it presumes if someone is breaking into your home, business, or car; that person intends to do harm.

“We have always believed you have the right to protect yourself,” said District Attorney Andrew Murray.

He said the law helps prosecutors by clearly defining when deadly force is allowed.

“You shouldn’t have to make a decision whether they are there to do harm, and look to see if they have a weapon,” said Murray.

Morton never faced prosecution for defending herself. The suspects were arrested, and the one she stabbed eventually recovered.

“I’m grateful it never came down to killing anyone and I pray it never happens again to anyone,” she said.

The law does not allow someone to use deadly force against a police officer or someone in an official government capacity trying to gain entrance; or a person who also resides at the dwelling, including relatives.

Goody. So now I don’t have to get in touch with Mr. Burglar’s feelings, or mirandize him, before I turn my large angry dogs and my “concealed weapon” loose on him.  What took so long?