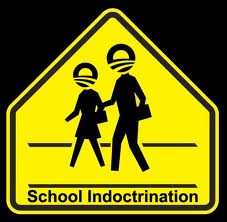 John Tedesco, Republican candidate for NC public schools superintendent, has called for a Salisbury teacher —  made famous via a viral video —  to resign her post:

Dixon-Neely, who teaches social studies, sociology and psychology, can be heard on a cellphone video that has since gone viral and is posted on YouTube in a heated exchange with student Hunter Rogers. Dixon-Neely can be heard telling the student that people have been arrested for speaking ill of the president.

Rogers, a senior, has been pulled out of the school by his parents and plans to obtain his high school equivalency certificate from Rowan-Cabarrus Community College.

Tedesco, also a member of the Wake County School Board, said teachers should not be allowed to berate students in this nature for any reason.

He goes on to say “the teacher in this case was trying to push her pro-Obama views on her students and then hurled abuse at one of them when he had the courage to challenge her propaganda.”

Tedesco said what should be done about the teacher is a local matter, but suggested Rowan-Salisbury schools officials should “act swiftly to protect their students from classroom indoctrination and abuse.”

He also said the school system’s actions should be direct so other employees are clear that such conduct will not be tolerated.

Tedesco said if something like this happened in Wake County he would certainly call for the resignation or removal of the teacher.

Rowan-Salisbury School System spokeswoman Rita Foil said Thursday there has been no change in Dixon-Neely’s status. The teacher remains suspended with pay while the school system continues its investigation.

“While I agree that a suspension is appropriate while the matter is investigated, I hope that this is not simply a way to keep things quiet during the summer until she is reassigned within the system next fall,” Tedesco said.

One thought on “Tedesco: Screaming pro-Obama teacher NEEDS to Go”