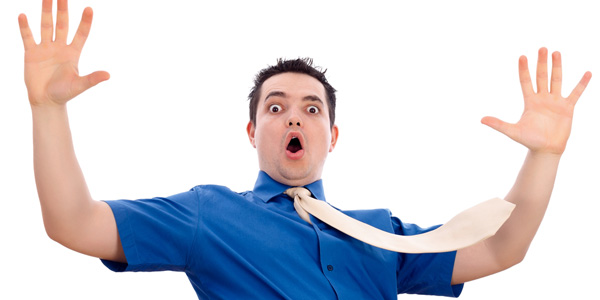 Plant closures and job losses have hit rural parts of our state the hardest.  Raleigh politicians talk a great game about helping those folks bounce back, but a new study shows their actions are not matching their rhetoric:

For more than a decade, the vast majority of the $1.3 billion in cash grants committed to lure jobs to the state has been directed to businesses in the state’s most prosperous areas.

And year after year, two in particular stand out.

Wake and Mecklenburg alone – among North Carolina’s 100 counties – have claimed about 60 percent of the funds pledged to companies through the Job Development Investment Grant and the One North Carolina Fund, the state’s largest incentive programs. That’s more than $750 million from January 2009 through June 2019, a new WRAL News analysis shows.

The trend has held true across the administrations of three governors in two parties. It has endured under economic conditions that saw the state’s unemployment rate ricochet from a high of more than 11 percent in early 2010 amid the Great Recession to its current 4 percent.

And it underscores a debate that has raged about incentives since their inception in North Carolina in the 1990s – one those who follow the state’s subsidies closely fear may already be lost.

“If you look back at the history – the reason incentive programs were created – it was to really help the poor parts of the state. It wasn’t to help the counties that were already doing well,” Senate Majority Leader Harry Brown, R-Onslow, said. “It’s evolved to just the opposite.”

To Commerce Secretary Tony Copeland, incentives to a county like Mecklenburg are no less effective.

About half of the county’s workforce commutes in from elsewhere, he said, meaning job growth like the one announced at the conglomerate Honeywell’s new headquarters last year has far-reaching benefits.

“If a Honeywell is looking at North Carolina and is only going to look at Mecklenburg County, and I can bring that tax base to North Carolina to add to the general revenues to pay school teachers, I’m going to do it,” Copeland said.

Under JDIG and One North Carolina, the state in the last decade has committed more than $1.3 billion in public funds to companies in exchange for hitting benchmarks on hiring and investment.

Govs. Bev Perdue, Pat McCrory and Roy Cooper have all employed the programs to land hundreds of companies.

The state often hasn’t paid out what it promises in cases where companies don’t hit their job targets, so WRAL’s analysis focused solely on the award amounts projected for each grant.

McCrory and Perdue each directed almost 80 percent of those awards to the 20 most prosperous counties in the state, a designation determined by the state Department of Commerce.

By comparison, Cooper has directed about 70 percent of the funds so far to Tier 3 counties, with the remainder flowing to the state’s 80 more economically distressed areas.

Copeland said one reason the grants are skewed is that for the larger of the two programs, JDIG, the money firms stand to collect is a percentage of state payroll taxes.

“By and large, many of the higher paying jobs go to urban areas, so from a public policy point of view, it’s very successful,” Copeland said.

Commerce officials also point out that under JDIG grants, some of the award money landing in prosperous counties flows back to lower tier counties through a utility fund. That money can fund projects like infrastructure improvements that can lower a firm’s cost of setting up shop.

For the three governors, money directed to the utility fund adds up to about $344 million.

But even including that money in the tally, funding committed to projects in the 80 lower-tier counties accounts for less than 40 percent of the grant total.

Pointing to recent high-profile recruitment efforts of Apple and Amazon, he said winning one of those firms would have amounted to a “Pyrrhic victory” for Wake County.

“This is a county at full employment with skyrocketing property values and growing infrastructure problems, especially for transportation,” Sanders said. “I was frankly relived when we got passed over, because I live here.”

There’s another reason skeptics of company subsidies say they shouldn’t be weighted toward wealthy areas – the state just doesn’t get as much bang for its buck.

“Urban areas in North Carolina are doing well. These places don’t really need a big company to come and do a miracle and turn these areas around,” said Kasia Tarczynska, a research analyst for the watchdog group Good Jobs First. “The rural areas are a different story.”

It’s also a sign that for all the public funding they represent, incentives can’t really do much to steer a company away from where it wants to go, says Allan Freyer, with the left-leaning N.C. Justice Center.

“It gets to the question of what does it take to bring expansion and recruitment deals to places the free market has left behind?” said Freyer, director of the center’s Workers’ Rights Project. “That’s a tough nut to crack.”

He’s spearheaded efforts to change the rules for incentive programs and limit the flow of grants to Wake, Durham, Chatham and Mecklenburg counties, sponsoring a state Senate bill in 2017 that stalled before the session wrapped up. A separate bill to study the issue and eliminate some limitations on the grants for the poorest counties also fizzled in the state House.[….]

[…] The Republican-backed measures faced “roadblock after roadblock” in both chambers, Brown said, from lawmakers who thought the states incentives were working just fine.

“You try to take away JDIG from Wake Durham or Meck and it’s the biggest uproar you’ve ever heard in your entire life,” Brown said. “You couldn’t pass that bill because of the clout they have in Raleigh.”

Instead of pursuing “the easy sell,” Brown said he wants to see the state’s economic recruiters work to match companies with counties where hiring will make a big impact – areas that still struggle with higher-than-average unemployment and fewer high-quality jobs.

“To me, that’s a success story on recruitment, if you can get it to go to an area of the state that needs some real help,” Brown said. “That’s where we have to look the hardest.”[…]