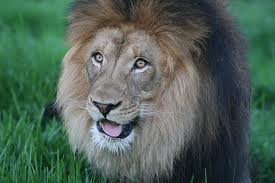 The NIMBY ticket — and potential startup law firm — of Smith, Smithson and Woodruff went down in flames like the Hindenberg zeppelin on Tuesday.  Southern Pines voters rejected their platform of boycotting grocery stores and reading by candlelight and endorsed the more steady,  conservative approaches of David McNeill, Fred Walden, and Jim Simeon.

The victorious trio have been part of a successful effort in recent years to repair damage done to the town by  fiascos like the Leith affair, where a small group of agitators led by Marsh Smith and cheered on by David Woodruff and Chris Smithson, bullied the town into violating Leith’s property rights.  The election was a clear rejection of the intimidation tactics used  by Smith and his small but vocal lynch mob to shape town policy to fit their agenda (often at the expense of property owners who bent over backward to play by the rules).

David McNeill’s victory in the mayoral race, coupled with that of his old friend Nancy Fiorillo in Pinehurst, is sure to bode well for future cooperative efforts between the two towns.

Chris Smithson will remain on the council, despite his second straight loss in a mayoral race.  (He ought to look at the one bright side of tonight’s results — he will still have plenty of time to pontificate to his small fan club on The Pilot web site’s message boards.)