With time off from work, the family heading back to where they came from, and the 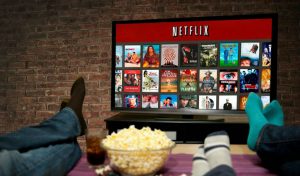 weather getting colder outside, many of us may find ourselves hitting Netflix or other similar services quite hard over the next few days. There is a lot of liberal cinematic crap out there — in case you didn’t already know that.  We thought we’d take a little time to help you ID some possibilities that will not assault your conservative sensibilities.  Here we go:

Most work directed by / produced by Tony Scott and “Scott Free Productions”:   This longtime Hollywood producer and director’s politics appear to align quite nicely with anti-communism, anti-corruption and the limited government message. (So, he and his company have probably been quite lonely in La-La Land over the years.)   Some of their best work has included 2004’s Man on Fire (Denzel Washington’s BEST imho), 2000’s Gladiator, and 2001’s Spy Game (despite Brad Pitt’s horrible acting).  2015’s Child 44 features a determined Soviet police officer trying to capture a serial child killer during Stalin’s reign of terror.  (Hollywood loves to talk about Hitler, but we get very little about Soviet mischief and mayhem over the years.)

Some cold hard truth on Islam.  2013’s The Physician shines some light on the evil against “infidels” being 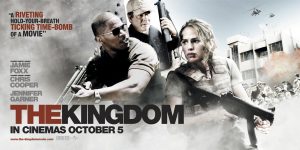 pushed and promoted by Islamic leaders in the 11th century.  2007’s The Kingdom features a small team of FBI investigators in Saudi Arabia learning that institutional Islam hasn’t changed that much since the 11th century.  It STILL truly is a blood-thirsty movement bent on world domination.

2008’s Body of Lies was another cold hard truth-teller about this enemy operating in the 21st century much as it did in the 11th. As much as I despise Leonardo DiCaprio, the star in this one, the film does a great job illustrating how much we still have to watch out for from our government “leaders”  AND the “religion of peace.”  (Ridley Scott — Tony’s brother — is the director here.)

The reason for the season.  2004’s The Passion of The Christ is a great, powerful movie about the guy we’re celebrating here at Christmas.   The Rising, a 2016 flick that picks up at Jesus’s crucifixion, is quite respectful and reverent toward this very important story.   It features a Roman centurion sent by Pontius Pilate to investigate claims that this preacher from Nazareth crucified by the Romans has somehow risen from the dead and is planning to stir things up a little more.

There is a little bit of a darkhorse out there in this category — the 2014 Bill Murray flick St. Vincent. Like most Murray vehicles, it’s offbeat and off-color.  But it has at its heart a powerful message about the Christian concept of “saints among us.”

Historical.   This might be a reach for this category, but the 1982 British flick 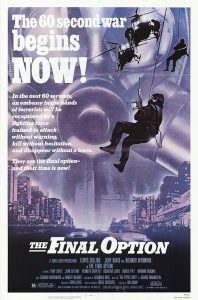 The Final Option does a great job of calling out the leftist environmental / anti-nuke wacko movement of the 1980s as nothing more than a front for the Soviet KGB.   Granted, the acting is a little on the rough side, but it’s made up for when the Thatcher government dispatches its SAS counter-terrorism commandos to dole out some justice.

For some great World War II action that dispenses with modern Hollywood’s attempts to portray American soldiers as junkies and baby killers,  there’s 1980’s The Big Red One (about the Army’s historic 1st Infantry Division during WWII),  1970’s Patton (with the greatest motivational speech EVER), and 1977’s MacArthur (ironically, starring user-leftist Gregory Peck as one of the greatest American heroes).

The evils of politics and government.  There are always the THREE Atlas Shrugs movies. (These are easier to 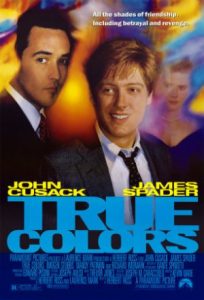 digest than Rand’s actual book.  I required a number of my business classes to watch the first movie and partake in written and oral discussions on the concepts raised by the movie.  The students were surprisingly impressed and were seriously interested in learning more about Rand, the book, and the sequels )

And don’t forget 1991’s True Colors, starring James Spader (currently Raymond Reddington in TV’s The Blacklist) and John Cusack.  Prepare yourself for a full-color look at the dirty side of big-time politics.  Two guys meet in law school.  They graduate and go their separate ways — one as a federal prosecutor, and the other dives into big time politics.  Their worlds soon intersect again in quite a messy way.

Most of these you can find on Netflix, at Redbox, or on iTunes or Amazon Prime or other similar streaming services.  Happy binging.

2 thoughts on “Some ideas for the holiday streaming binge”