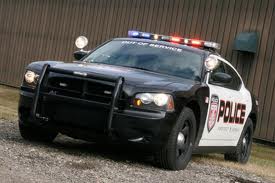 The hubbub over this shooting case in Florida has created some new spin about black men being unfairly targeted because they are wearing hooded sweatshirts (AKA “hoodies.”)

A friend of mine who works as a narcotics detective — and also happens to be black — said it is quite common for suspects to use hoodies to disguise their appearance and help hide their identities from police.

(Ever notice how EVERY piece of crime scene surveillance videotape shows the suspect wearing a HOODIE?)

My friend also says young men walking around with hoods on their heads — during somewhat warm weather — are a HUGE red flag for law enforcement officers:

“If it’s 60 degrees out, and it’s not raining, and homey is wearing his hood up on his head, the first question I ask is ‘what has he been up to?’  It’s like my man is trying to hide his face –hide his identity from the po-po.  When I or one of my co-workers sees something like that, it is an open invitation to go up and check this person out. “

My detective friend laments the popularity of ‘thug culture’ among some young black AND white men:

“For the life of me, I CANNOT understand why you would WANT to look like a scary thug.  If you want to dress like that, don’t act all surprised when the police start paying a lot of attention to you, and older people start acting all defensive.”