That doesn’t sound like such a profound statement.  But in this age of gender fluidity and HB2 hysteria, 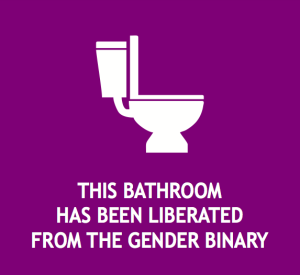 it is earth-shattering when it comes from a heroine of the loony left that is screaming at the top of their lungs about North Carolina’s efforts to preserve the sanctity of the boys and girls restrooms and locker rooms:

[…] The Obama gender identity guidelines ignore legitimate privacy concerns. Sex-specific intimate facilities exist in the first place to provide a sufficient level of bodily privacy. In her majority opinion for the Supreme Court forcing the Virginia Military Institute to become coeducational, Justice Ruth Bader Ginsburg wrote that it “would undoubtedly require alterations necessary to afford members of each sex privacy from the other sex in living arrangements.”63

Some critics had argued that the Equal Rights Amendment, a predecessor of Title IX that never became law, would have required unisex intimate facilities. In 1975, when Justice Ginsburg was a law professor at Columbia University, she wrote an op-ed article for The Washington Post explaining that a ban on sex discrimination would not require such a ridiculous outcome: 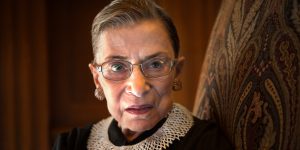 Again, emphatically not so. Separate places to disrobe, sleep, perform personal bodily functions are permitted, in some situations required, by regard for individual privacy. Individual privacy, a right of constitutional dimension, is appropriately harmonized with the equality principle.64

In other words, the Constitution required protection for the right of bodily privacy. Justice Ginsburg’s colleague, Justice Anthony Kennedy, makes a related point that

acknowledging biological differences is not the same as engaging in mere stereotyping:

To fail to acknowledge even our most basic biological differences…risks making the guarantee of equal protection superficial, and so disserving it. Mechanistic classification of all our differences as stereotypes would operate to obscure those misconceptions and prejudices that are real.65[…]

So, WILL Darren Jackson now be adding Ruth Bader Ginsburg to his Really Big List of Bigots for daring to suggest there is a right to privacy when changing clothes and using the bathroom?  (Inquiring minds want to know.)