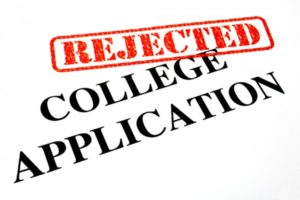 Some people talk about how saving the Supreme Court is the key issue in the presidential election. I am starting to think that august body — after decades of political hijacking and tampering — is already lost.

The US Supreme Court — the majority of whose members were either (a) appointed by Republicans or (b) approved by Republican Senate majorities — has found a, get this, constitutional justification for giving blacks and Hispanics special preferences in university admissions:

A divided Supreme Court Thursday upheld racial preferences in public-university admissions, a defeat to a yearslong conservative drive to roll back affirmative action.

Writing for a 4-3 court, Justice Anthony Kennedy found that the University of Texas at Austin’s challenged plan, which gave a “plus factor” to certain black and Hispanic applicants, passed constitutional muster as a method to attain student diversity.

So, race-based college admissions is in The Constitution??????    Not in The Bill of Rights — the first ten amendments.  Not in the remaining amendments either.  Amendments 13-15 talk about forbidding discrimination based on race or gender.  If you’re admitting someone to college — because they ARE or AREN’T 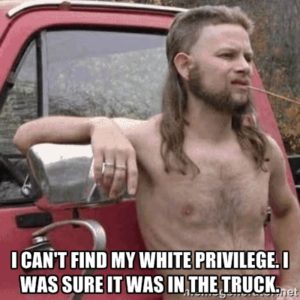 part of a certain gender or racial group — YOU ARE DISCRIMINATING.

A university is entitled “considerable deference” in defining the type of institution it wished to be, including “intangible characteristics,” such as “student body diversity” is that “are central to its identity and educational mission,” Justice Kennedy wrote. He was joined by Justices Ruth Bader Ginsburg, Stephen Breyer and Sonia Sotomayor.

Justice Samuel Alito, joined by Chief Justice John Roberts and Justice Clarence Thomas, dissented. To mark the intensity of his disagreement, Justice Alito read his dissent from the bench.

The decision came from a court with two vacant seats—one left by the February death of conservative Justice Antonin Scalia, another by the recusal of liberal Justice Elena Kagan, who as the Obama administration’s solicitor general had participated in the case at earlier stages to support the university’s position.

The case was the fourth time since the 1970s that the court has upheld racial preferences in college admissions, albeit with restrictions against numerical quotas or rigid set-asides for minorities. Justice Kennedy advised universities to continually review their affirmative action policies to ensure they meet constitutional standards.

The lawsuit was filed by Abigail Fisher, a white applicant who was denied admission by the University of Texas at Austin in 2008. She alleged that the state’

s flagship university violated the Constitution’s equal-protection guarantee by giving an edge in admissions to black and Hispanic students.

“I am disappointed that the Supreme Court has ruled that students applying to the University of Texas can be treated differently because of their race or ethnicity,” Ms. Fisher said in a statement issued by the Project on Fair Representation, an organization that financed her case and has sponsored other litigation opposing government programs that benefit minorities.

“I hope that the nation will one day move beyond affirmative action,” she added.

The university disputed Ms. Fisher’s claims, saying that it also rejected some minority applicants with higher grades and scores than she presented. But UT also said that maintaining the discretion to select a number of minority applicants that might not otherwise be admitted was essential to its ability to create a diverse undergraduate class.

So, achievement and merit be damned, eh?  Folks, “diversity” is the battering ram that will knock down American Christianity, family values, capitalism, and a whole lot of other

things that made this country great.  Screwed around in high school?  Don’t worry.  The government will take care of you.  Get you into college.  AND PAY FOR IT.  AND GET YOU A JOB WHEN YOU GET OUT.  (And if that doesn’t work, all kinds of “assistance” will be made available, courtesy of the taxpayers.)

We are watching the grand American experiment collapse right before us.  The legislative branch was meant to make laws, the executive to carry them out, and the judicial to vet them by comparing them to our Founding Documents.  Now, we have presidents making law via executive order and judges — nobody voted for —  making and striking down laws from the bench.  Our gutless legislators — who we hire to be our eyes, ears, and voices — are standing back and observing like spectators.  And we keep mindlessly reelecting them because they smiled at us at a pig-pickin’ or hugged our children or helped grandma get her check.

At one time, The US Supreme Court agreed with the assertion that blacks were the “property” of white people.  We came to our senses, fortunately.  Does the country have time to recover from crap like this?