What will it take for the driveby media to NOT cover this inflated car lot mascot?

Drivebys frequently use crowd numbers as an excuse to not cover conservative events.  But “hundreds” for Bill Barber getting play from The Washington Post? Seriously?

Of course, when he’s aiding and abetting the slandering of Jeff Sessions — a brilliant legal scholar and distinguished servant of the people of Alabama:

The Rev. William J. Barber II, a pastor and activist who has emerged as a leading religious critic of President-elect Donald Trump, was just off a red-eye flight from California on Monday morning when he arrived on Capitol Hill. Slowed by spinal arthritis and leaning on a cane, he crossed a sidewalk to an outdoor lectern in front of a church, where hundreds of protesters had assembled.

If the traveler was weary, his deep voice betrayed no hint of it.

“Today we face a moral crisis,” said Barber, the top official of North Carolina’s NAACP and president and senior lecturer of an interfaith, inte 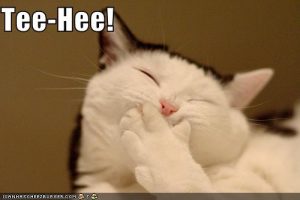 rracial activist group called Repairers of the Breach. “A misguided ruler, Trump, has nominated Senator Jeff Sessions for attorney general of the United States. But Sessions’s immoral record shows consistent support for ideological extremism, racist and classist policies, and the writing of discrimination into laws.”

Still haven’t heard this loudmouth address the recent “moral crisis” in Chicago — you know, all of the shootings and the case where four young blacks kidnapped, assaulted and tortured a disabled white man and broadcast the horrendous display on Facebook.  Getting paid by Mr. Soros to slander a Republican who has actually done something constructive in his life is sooooooo much more fun.

Barber, who delivered a well-received speech to the Democratic National Convention in July, advocating social justice with a thundering, evangelical passion, was visiting Washington in advance of Tuesday’s scheduled Senate confirmation hearing for Sessions (R-Ala.).

With several clergy members of various faiths, he led about 500 demonstrators on the short march from the Lutheran Church of the Reformation to the Russell Senate Office Building, where they filed in ranks of two along the marble hallways, reciting their grievances against Sessions, and delivered an anti-Sessions petition to the offices of Senate Majority Leader Mitch McConnell (R-Ky.) and others.[…] 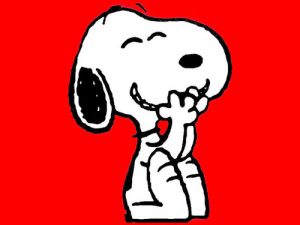 500 people.  Yee-haw.  That’s about the same size as The Carolina Panthers’ traveling contingent for away games.

And you know the number was inflated, just like this chuckle-head.

I’ve been to oyster roasts, pig-pickins and keggers with “hundreds” of people in attendance.  I didn’t see The Washington Post at ANY of them.  (Not a one.)