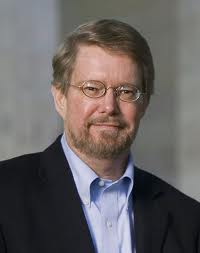 Just when you think he can’t deliver a bigger face-palm moment, the reporter  who: (1) made history by being physically removed from an NCGOP convention, (2) failed to notice Dennis Wicker ordering a pizza at a black tie dinner, (3) failed to notice Jesse Helms publicly calling out a then-incumbent Democrat congressman from North Carolina and (4) followed John Edwards around for a year without noticing the blonde with the camera COMES THROUGH.

Ladies and gentlemen, we here at Haymaker HQ are proud to present to you yet another ‘Get Off My Lawn’ moment from that geriatric Ass-kissasaurus  — idol to Prius driving, NPR-listening, Phish-concert-attending, legislative-building-protesting, Whole Foods-shopping Chapel Hill-Carrboro types — ROB CHRISTENSEN:

[…] Libertarian conservatives have long been skeptical of the welfare state – having opposed Social Security in the 1930s and Medicare in the 1960s.

That view can be seen in the state Senate, which approved a budget that cuts thousands of the elderly, disabled and the blind off Medicaid, the health care insurance program for the poor. If that provision survives negotiations with House lawmakers it could potentially effect many of middle class elderly who will depend on Medicaid when they run through their savings.

Rob neglects to mention that the state HAS been paying for a whole lot more in Medicaid than it has been required to by the federal government.  North Carolina is facing a Medicaid revenue shortfall anywhere from $100 million to $500 million. If we kept going — paying for more than we HAD to pay for — we would have been facing a choice of Medicaid going broke or tax-weary residents being bled a little more.  MORE:

The libertarian conservatism also is evident in education, where to pay for a teacher salary increase, the Senate is proposing to layoff 7,400 teacher aides, 70 school nurses, and to cut 30 percent from the state Department of Public Instruction. There is a laundry list of public education programs that have been axed by the legislature, while market-oriented programs such as school vouchers and charter schools are expanded.

DPI is a bloated mess that does more harm than good.  There is no direct impact there to what happens in the classroom.  And the necessity of state-funded teacher aides and school nurses is debatable. During my elementary school years, parents and grandparents regularly came in to assist teachers.   MORE:

Public funding for the common good – schools, protecting the water, helping the elderly and the handicapped – is viewed with skepticism.

Meanwhile, efforts to make it easier for market forces – such as reducing regulation and cutting taxes – get a green light.

I can understand why Rob hates market forces.  The law of supply and demand is killing off his employer. *If ONLY Messrs. Black and Basnight had created a state mandate requiring an N&O subscription for every oxygen-consuming resident.*

Oh, and on the other stuff — polluting the water and making grandma eat dog food? RobRielle has us conservative types *sooooo figured out.*  (That stuff we’re *putting* in the water probably explains a lot of the utterances and scribblings of RobRielle and his Siamese twin, Chris Fitzsimon.)  MORE:

Tens of thousands of North Carolinians are being hurt by the actions of the legislature – whether being denied health insurance or unemployment insurance, or losing their jobs in the schools, or their earned income tax credits. They are being harmed by ideas put forth by economic thinkers

such as Friedrich Hayek, Ludwig von Mises and Milton Friedman and sold by national groups such as the American Legislative Exchange Council and locally by the John Locke Foundation. The theory, of course, is that the changes will lead to a more productive economy that will float all boats.

One can only hope that this experiment in libertarian conservatism turns out to be worth the pain.

What is this old man talking about?  I haven’t seen a whole lot of Friedman, Hayek, or von Mises-inspired stuff coming off of Jones Street.  Does RobRielle actually know who those guys are? (No, they are not partners in a downtown, white-shoe law / lobbying firm.)

It’s sad to see someone in his twilight years  so angry and bitter and out of his freaking mind.

2 thoughts on “RobRielle, N&O joining MSNBC on road to irrelevance”