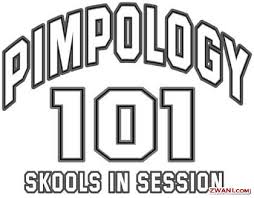 The leftist demagoguery on the incidents in Ferguson, Missouri and Staten Island, NY have been a god-send for the crew whose livelihood is keeping everybody angry at whitey.  “Hands Up, Don’t Shoot” and “I can’t breathe” have replaced the tenets of our tried-and-true criminal justice system. Al Sharpton, the patron saint of racial harmony, and others of his ilk are issuing demands for new restrictions on police and new citizen review boards with souped-up powers. We’re hearing very little about personal responsibility.  You know, if you refrain from assaulting officers, throwing Molotov cocktails and smashing windows, the police tend to leave you alone.

A North Carolina state legislator is introducing legislation banning racial profiling. (Never mind that there are already constitutional protections against the government willfully discriminating on the basis of race.)  Here are the details:

Representative Rodney Moore of Mecklenburg County says his bill would require more diversity training for law enforcement officers and more data collection from police about the racial make-up of the people they’re pulling over at traffic stops. Moore says the legislation would also give more authority to citizen review boards to investigate officer complaints.

Todd Walther, President of the Charlotte-Mecklenburg Lodge 9 of the Fraternal Order of Police, said, “Officers can be accused of anything. And that’s why I say we police ourselves pretty good.”

Walther worries giving a citizen review board more power may leave officers without an adequate way to defend themselves against complaints. Walther said, “That’s what is a big concern. It’s always been a big concern by the FOP is we have nothing to go back and to say, ‘You’ve tried to ruin this officer’s reputation, but we don’t have any recourse.”

Rep. Moore says the bill is a way to protect the public and law enforcement. Moore said, “This is not an anti-police bill. This is actually trying to help the police do their jobs better and just be more transparent and more accountable to the people that they serve.”

How do you prove racial profiling?  Wait for a cop to testify: “Yeah, I pulled Mr. Jefferson overjust because he’s black” ?  Nope.  Actually, if the race pimps have their way, we’ll have a new layer of affirmative action.  Lefties will examine the racial breakdown of a community, and compare it to the racial breakdown of people arrested in said community.  If the community is 12 percent black, but 53 percent of your arrestees are black, you are — in the eyes of the race pimps — guilty of something nefarious.  Never mind if the people getting arrested ARE the people causing all of the trouble. You’ve got to let some black suspects go and arrest some white folks in order to even things up.

The Round Rev has his troops on the march here in North Carolina as well.According to our local paper here in Moore County, the NAACP is making demands of all of our local law enforcement agencies:

A letter from the Moore County NAACP “demanding reforms in law enforcement policies and practices in Moore County” is eliciting plenty of responses from local municipalities, including some who question whether the concerns are valid locally.

“We bend over backward to treat all people equal here,” said Pinebluff Mayor Earlene McLamb. “I don’t feel there is a problem in this county, but obviously from this letter others don’t feel the same.”

The NAACP?letter details eight policy changes to “ensure that long term systemic change is brought to address excessive force by law enforcement an 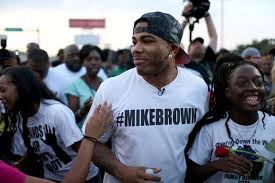 d the underlying racial profiling that continues to occur throughout North Carolina.”

The letter comes in the wake of the deaths of unarmed black men Michael Brown in Missouri and Eric Garner in New York and the subsequent lack of grand jury indictments of the officers involved in those cases.

The changes requested in the letter include:

I’ve been critical of the Pinehurst Police Department in the past.  Under its former leadership, they were ridiculously aggressive with traffic enforcement.  Running radar and writing tickets for 26 MPH in a 25 MPH zone. Ambushing people leaving country club wedding receptions. Hiding behind the “welcome” sign at the village limits with radar running. Hiding radar cars along thoroughfares people would take coming into town for community events. Things have gotten a lot better.  Moore County is renowned as one of the safest, most quiet and secure places to live in the state.

We have elected prosecutors who can investigate and prosecute police misconduct.  We have the SBI which can conduct independent reviews of police-related incidents. A pretty good system is already in place.

We’re hearing a lot about “accountability” for the police, but not so much about accountability or personal responsibility among the general public. But that, apparently, is incompatible with the race pimps’ primary mission: Keep ’em angry at whitey.

2 thoughts on “Race-pimpery on Parade”