Just by perusing the list of candidates on Pinehurst’s November ballot, it’s pretty clear that we stand a good chance of ending up with a majority on the Village Council that is 180 degrees from what it’s been the last four years or so. We’ve got a slew of candidates talking about micro-managing ANY new construction projects, and giving the loudest angry clique out there veto power on any new projects.

When I first moved here, Pinehurst was in the iron-clad grasp of geriatrics who made decisions just like THAT, and kept the village attorney busy fighting lawsuits. A burgeoning staff of unelected bureaucrats carried out the council edicts — things like barring kids from being outside after dark,  having fence pickets too far apart, or erecting an “inappropriate” swingset in your yard.

You seriously had to appear before a village committee with multiple copies of drawings illustrating the placement and specs of your fence BEFORE you erected it.  (And your neighbors were invited in front of the committee to give their two cents.)

Like Cary, we’re, um, *blessed* with a  bunch of Yankees who believe they were  SOMEBODY where they used to live, and are an even BIGGER SOMEBODY now that they’ve relocated down South.  (*SOMEBODY has got to educate and civilize these crackers.*)

We’ve got candidates talking about “preserving the character of Pinehurst.”  THAT is code for keeping out people who (a) don’t have a trust fund, or (b) don’t possess multiple vacation homes.   Keep that in mind if both A and B apply to you.

These micro-management types want to pull up the drawbridge and not let ANYTHING or ANYONE else come here.  They seem to believe they can run a local government solely off of property taxes and occupancy taxes.  The biggest payer of occupancy taxes — The Pinehurst Resort — is going to get sick of that after a while.

And to feed the burgeoning bureaucratic beast at Village Hall,  you’ve got to keep throwing up new houses in order to keep that property tax base growing and slow down the gouging of existing residents.

Businesses like Jos. A. Bank and  Harris Teeter get a lot of business from Pinehurst residents.  But they locate right next door in Taylortown, because they can’t deal with the small bands of screaming geriatrics and the micro-managing politicians and bureaucrats who infest our planning process.

One candidate for council, Jane Hogeman, boasts of being a land-use attorney in  Greenwich, Connecticut.  She wants businesses to pay to fully screen their buildings from view from the road.  Seriously.

Southern  Pines killed a  K-Mart by demanding that.  Someone needs to tell the counselor that businesses depend greatly on folks driving by, locating them, and stopping in.  THAT is hard to do when your building is hidden behind a bunch of pine trees.

A council incumbent, Judy Davis, boasted that under her watch, the residents of Pinehurst have been “well-taken care of.”  Is THAT what we want from local government?  For it to “take care” of us? Um,  NOPE.

Pick up my trash.  Keep the burglars out of my house. Keep taxes low.  And I’m fine with you. 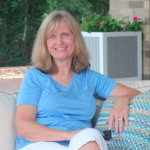 There are three seats to fill in November — mayor and two council seats.  And there are no clear superstars.  For those who want  to strike a blow against the big government micro-managers and snobs, I’d recommend picking Claire Berggren for mayor and Lydia Boesch for council.  Both of them seem to be talking more like servants of the people, 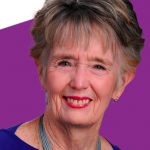 At least getting those two in would provide what I call a Coalition of the Reasonable & Sane — when added with incumbent Kevin Drum.