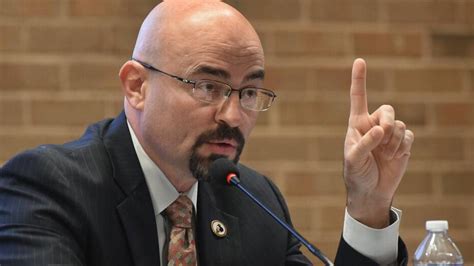 He was a force to be reckoned with on the Robeson County board of elections. He was an effective soldier for Democrats trying to hang on in the era of McCrory Republicans in Raleigh.

That job went away when the Democrats elevated him to the big board in Raleigh.  He got elevated once again — this time to chairman of the state board.

Josh Malcolm was sitting pretty — in positions of power overseeing the state’s elections as well as the affairs at UNC-Pembroke.

Then the state board job quietly went away.  It looked as though the Malcolm “star” was beginning to fall.

Now, it appears the Malcolm era at UNCP is OVER:

Josh Malcolm, the former chairman of the North Carolina State Board of Elections, has resigned from his full-time job as general counsel at the University of North Carolina at Pembroke, effective this Thursday.

Malcolm’s resignation was announced to faculty and staff in an email sent by Chancellor Robin Cummings last week but was little known outside of campus as of Monday afternoon.

“General Counsel Joshua Malcolm has submitted his resignation from UNC Pembroke. His last day at the university will be Thursday, October 17, 2019,” Cummings’ email said. “I am very grateful for Joshua’s many contributions to our university during his 12 years, and I wish him the best in the next chapter of his life. As an alum with deep family connections to UNCP, he has been a consistent advocate for the university and community.”

The email did not give a reason for Malcolm’s departure and a university spokeswoman declined to provide one when asked by a reporter Monday.

Malcolm’s resignation comes as WBTV has pressed in court for months of his communications related to the 2018 election sent using university accounts and devices.

WBTV first requested communication records from UNC Pembroke–including emails, text messages, instant messages and phone logs, among other things–sent and received by Malcolm related to the 2018 election this past January, after a previous investigation revealed Malcolm had frequent contact with a well known Bladen County Democrat.

Malcolm’s reputation in local political circles had earned him the label of the Democrats’  election-law “brain.”  While serving on the county and state boards, he was an effective advocate for the Democrats’ interests — skillfully blocking, delaying, and killing complaints from Republicans (and other activists outside the county’s governing political machine).

I’m expecting more to this story.  This only scratches the surface.  (Stay tuned.)