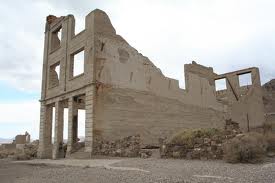 The Village Action Team took to the stage at the beginning of the campaign like a storm.  It pushed a specific agenda and endorsed the candidacies of Nancy Fiorillo, Mark Parson, and John Cashion.  The  group spent a lot of money on ads in The Pilot and in PineStraw encouraging voters to support those three in the November elections.

Then, we have the Joan Thurman for Mayor signs appearing in the windows of the old Razook’s building — whose owners include Mark Parson supporter and super-realtor Susan Clift Brown. That gets followed by Lorraine Tweed, whose husband is VAT-endorsed Nancy Fiorillo’s campaign treasurer, writing a letter to The Pilot endorsing Fiorillo, Cashion and John Strickland.

Couple all of that with the latest talk from most campaigns encouraging their supporters to single-shot their votes —- meaning mark one name and one name only on the ballot.

So what happened to that spirit of teamwork?  The three VAT-endorsed candidates got the benefit of advertising paid for by someone else.

But if the folks behind the Village Action Team can’t keep the teamwork going through campaign season, how can we — as voters — expect their candidates to follow through on their stated agenda when the election is over?