Never mind that — after reading through our Constitution many, many times — I can’t find any of that stuff in there.

Conservatives have sat back and allowed The Left to take over and co-opt academia and the practice of law. As a result, young skulls of mush are being taught fewer facts and more Democrat / socialist / marxist ideology.  Couple that with politicians who have successfully politicized the appointment and confirmation of judges and justices, and you see how we got to this point of creative jurisprudence.

Add to that the stupid politicians who claim they can’t do anything about this, because “the court” has already established it as “the law of the land.”    Look back to the Dred Scott and Plessy decisions by the US Supreme Court that seemed to codify and legitimize slavery and segregation.  People didn’t sit back and say ”Ok, that’s the law of the land.”

We fought a civil war where slavery was one of the burning issues.  We also had leaders with plenty of political courage who took the issues of segregation and slavery head-on.  Both of those institutions are now banished to the dustbin of history. 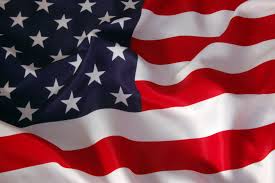 The Supreme Court was never meant to be a law-making body.  It was established as a method for checking the power of the executive and legislative branches of our federal government.

What are we to do?  I already have a good friend who is seriously making arrangements to form a “Galt’s Gulch” for people who don’t want to stay here and endure any more of this nonsense.

As I see it, we have three choices.  We can go Galt, like my friend suggests, and abandon this great experiment that has lasted for more than two centuries.  We can tuck our tails, and lower our heads, and surrender.  Or we can stand and fight.

That’s my choice.  Stand and fight.

27 thoughts on “Piddling while America is ”rewritten” and “remade””