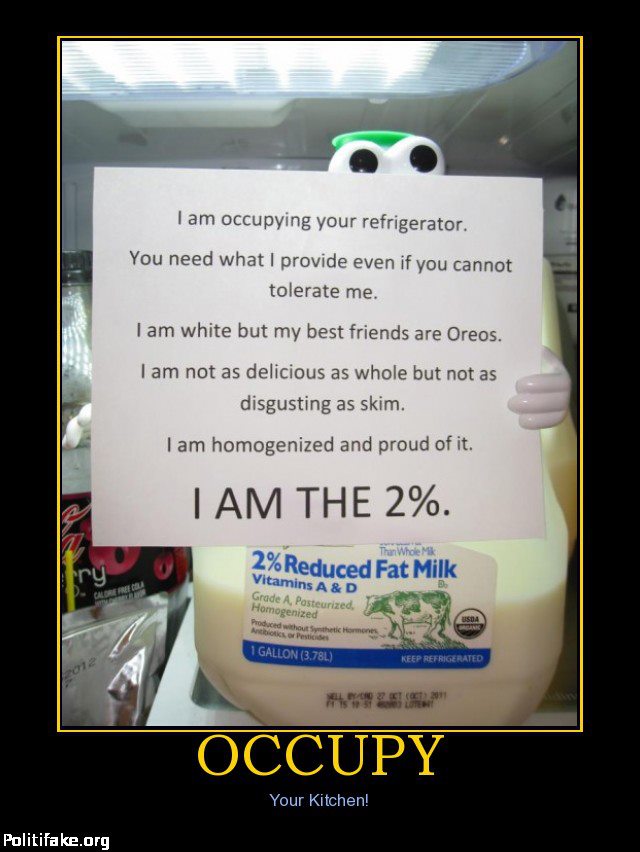 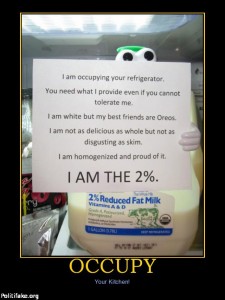 Morgan Housel, a columnist for the financial web site Motley Fool has found an interesting new way to view this ‘Occupy’ movement that has so captivated the alleged mainstream media.  Take the argument put forth by this group, and measure it on a global scale:

… The recent Occupy Wall Street protests have aimed their message at the income disparity between the 1% richest Americans and the rest of the country. But what happens when you expand that and look at the 1% richest of the entire world? Some really interesting numbers emerge. …

Of course, goods and services cost different amounts in different countries. These numbers only apply to those living in the U.S. To adjust for purchasing power parity, those living in Western Europe should discount their dollar-denominated incomes by 10%-20%, Milanovic says. Those in China and Africa should increase their incomes by 2.5-fold. India, by threefold.

Those numbers are so shocking that you might only think about them in the abstract. But when you consider them in the context of the entire globe, including yourself, the skewing effects they have on the distribution of income is simply massive. It means that Americans we consider poor are among some of the world’s most well-off. As Milanovic notes, “the poorest [5%] of Americans are better off than more than two-thirds of the world population.” Furthermore, “only about 3 percent of the Indian population have incomes higher than the bottom (the very poorest) U.S. percentile.”