There’s nothing like an alleged unbiased reporter-of-the-news bragging openly about his self-perceived “kills” in the most recent elections.  Here’s The N&O’s latest political wonderboy AndyPaul on Twitter:

Okay.  First, wonderboy DID NOT BREAK the Duane Hall story.  That piece of slime was thrown out there by Scowly Rob and the rest of The Manson Family

at NCPolicyWatch.  There were grounds for criminal charges in the story.  But no one filed any.  Lots of accusations with no names tied to them.  Right at election time.  And I’m suuuuuuuuuuure the fact that Hall had dated a woman with close ties to someone powerful at NCPolicyWatch did not influence the hit piece ONE IOTA. 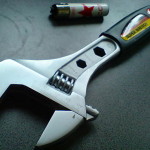 Guilty before proven innocent.  You gotta love that standard.  Just wait until some anonymous accuser comes forth and accuses Colon Campbell —  AndyPaul’s predecessor who seemed obsessed with toilets and public restrooms — of trying to,um, “sneak a peek.”  (Will the Duane Hall precedent hold in the N&O newsroom?)

Second, the Beverly Boswell hit pieces were an over-the-top in-kind contribution to her opponent.  It’s pretty clear AndyPaul did little but take dictation from Bob Steinburg, Otto Hanig, and their ilk on the Outer Banks.  The district was way outside the N&O’s readership area.  But AndyPaul devoted more time to it than a lot of the races much closer to home.

Of course, he ignored Hanig’s statement about how EVERYBODY on the Outer Banks already has a job. Or Bob Steinburg’s TWO disability checks and occupation that appeared to change with every interview he did. Or his apparent abuse of the legislative per diem.  Or Steinburg’s penchant for interspersing verbal abuse and cuss-outs via voicemail in between his thumping of the Bible and preaching to churches. Can’t very well call out the guys feeding you your intel. (I am already starting to miss John Frank.)

There’s a real argument out there that we have one of the most uninformed electorates in some time. Heck, in my county, we reelected: (1) a guy who authored legislation diverting tax money away from our county, (2) a guy who stood by and let it happen, and (3) voted to raise our own property taxes BIG TIME.

I’m sure the N&O’s dismal circulation numbers and dwindling newsroom population will bolster that argument.