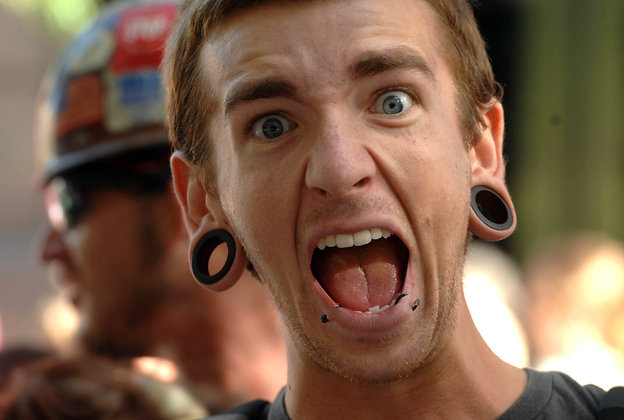 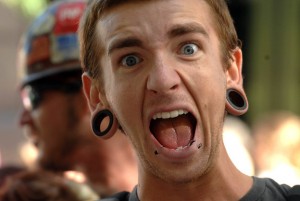 Occupy Moore organizers are working with downtown Southern Pines merchants to reassure them that next month’s one-day demonstration will not adversely affect the critical holiday shopping season.

Originally dubbed Occupy Broad Street, the demonstration is modeled after the protests in New York and is scheduled to be held Saturday, Dec. 10, in the downtown park.

“One of the organizers came up with that name because of the way it plays off of Occupy Wall Street,” said Kevin A. Smith, who signed the permit application submitted by event organizers. “Upon further reflection, though, Wall Street symbolizes something that Broad Street does not. Moore County, on the other hand, is a pretty good symbol for the disparity of wealth and access to power that the movement is about.”

Smith added that Broad Street should not be construed as a target.

“I want it abundantly clear that the downtown park is simply a location for us,” he said. “We’re not there to make a scene. We don’t want this to be a bad thing. We just want to present a point of view, and there’s been a good deal of interest.”

Smith spoke Monday with Lee Riggsbee, president of the Southern Pines Business Association (SPBA), to address concerns by its members about downtown parking and traffic flow.

“We encouraged him to tell his participants to park away from the core downtown area where parking is at a premium, especially at a time of year when merchants are relying on holiday sales to carry their business into the New Year,” Riggsbee said. “There are plenty of parking spaces on the side streets.”

Riggsbee added that the Southern Pines Police Department has assured the SPBA that officers will “do their best” to manage the traffic flow around the event.

“They’re going to work with us to make sure that traffic is not impeded on that day,” he said.

Smith, a freelance writer who contributes a column to The Pilot every two weeks, said organizers will encourage participants to park “around the block and not on Broad Street.”

“We want to be good citizens,” he says.

Smith emphasizes in a commentary on Page B2 in today’s edition of The Pilot that the group wants to assemble peacefully and exercise its freedom of speech.

“One of the reasons that it is an all-day event is to allow as many people as possible to participate,” he wrote. “Nobody is camping out. I’ll be surprised (and gratified) if more than a handful of people stay all day.”

A group of 10 people held an initial meeting shortly thereafter, followed by a second meeting earlier this month.

“Our first meeting was at a restaurant on Broad Street,” Smith said. “We want local small businesses to be successful. The last thing we want to do is hurt them. We want to be respectful of merchants during the event, and maybe we will bring a few people to them.”

“It’s in the process of being approved,” Parsons said. “We will require them to follow the rules and regulations of the park, as well as the town in general.”

Parsons called the request “pretty straightforward” because the event will be contained to the park.

Tony Grausso, an organizer of the Broad Street Merchant Community, said he has no problem with the event.

“If these folks are following the rules, I don’t see why they should be denied that opportunity,” he said. “I?support and applaud their First Amendment right to freedom of speech. I really don’t see a conflict.”

Our thrice-weekly Pulitzer-Prize winning local newspaper is still neglecting to mention Smith’s position as vice chairman of the Moore County Democrat Party, and that most of the people involved in the December 10 event will be officers in the local party and / or frequent party activists.

Smith, apparently with visions of recent police beat-downs of Occupiers in Chapel Hill and NYC in his head, also took to the editorial pages of The Pilot:

This past Sunday, I was taken by surprise at church when someone asked me about a story they had just read in The Pilot about Occupy Broad Street.

I had known The Pilot was interested. On Friday afternoon, I had received a call from my wife saying that staff writer Ted Natt had left a message asking me to call him ASAP. I was a little apprehensive because we are so early in the process that there just isn’t that much to tell. By the time Mr. Natt’s message was relayed to me, I had already missed him.

The result was a short article that, while factually accurate, was so light on details as to leave much to the imagination. As someone directly involved in the process, allow me to help fill in the blanks about what we are planning for Saturday, Dec. 10, at the downtown park in Southern Pines.

This whole thing came about as news stories about the spread of Occupy Wall Street movement made their way onto Facebook walls. As the movement spread from Zuccotti Park to cities across the country and around the world, the idea of doing something locally started popping up. A few of the people who were interested contacted a few other people, and we began working on putting something together.

The name “Occupy Broad Street” was the first one that came up, and it was what we used to do the paperwork and to do a Facebook page. But, as was discussed in the second meeting, it was a bad fit because Wall Street symbolizes something that Broad Street just does not.

In a world that often contrasts Wall Street and Main Street, the locally owned small businesses that make up Broad Street make it our “Main Street.” Rather than corporate greed, Broad Street symbolizes the kinds of businesses we want to support. Our first meeting was at a restaurant on Broad Street. It is for us a destination, not a target.

Moore County, on the other hand, is a pretty effective symbol for the inequities of income and access to power that the occupy movement is about.

I had a chance to speak to Lee Riggsbee from The Southern Pines Business Association Monday. His association has reservations about the effect that the event might have on downtown parking – a legitimate concern. The last thing we want to do is to impede commerce to small businesses. We are looking for ways to make sure that parking will not be an issue.

I mentioned to Mr. Riggsbee that people who attended our event might actually use the businesses on Broad Street. He was skeptical that people who showed up for a protest would be inclined to then go shopping.

Here’s what you need to know about the “kind of people” who are involved with the local movement: They are your neighbors. You go to church with them. They sing in your choirs. One reason we didn’t ask for Dec. 3 is that some of our organizers will be representing Pinecrest High School in a debate at George Mason University on that day.

You play golf with our organizers. They volunteer in local charities. And, yes, they shop on Broad Street.

We are people with something to say. It can be as broad as “Hey, this isn’t working for us. Let us demand that our leaders stop their posturing and bickering and actually do something to put middle-class Americans back to work.”

It might be, “Maybe we can’t solve all our problems by ‘soaking the rich,’ but punishing the poor isn’t working either. If we tune out the talking heads and try listening to each other for a while, maybe we can find solutions.” It can be as specific as asking people to write their legislators and ask them to support a constitutional amendment requiring that political campaigns be publicly financed because the market of ideas shouldn’t be about the highest bidder.

This isn’t Oakland. One of the reasons that it is an all-day event is to allow as many people as possible to participate. It is two Saturdays before Christmas for us, too. We have shopping to do, family in town and football games we don’t want to miss.

Nobody is camping out. I’ll be surprised (and gratified) if more than a handful of people stay all day. We have tried to be and will continue to be good citizens. All we want to do is to assemble peacefully and exercise our freedom of speech.